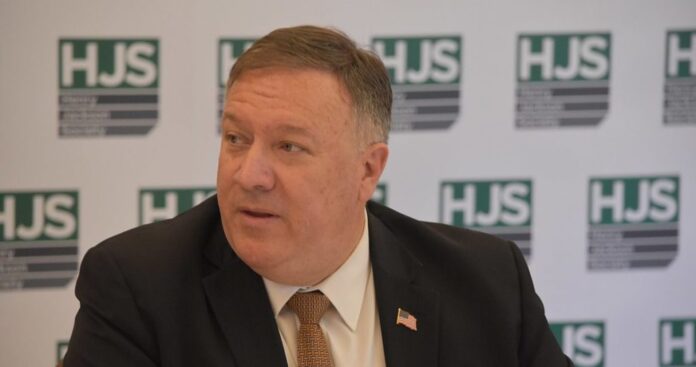 Is President Joe Biden a Chinese Communist Party agent? More and more evidence is surfacing that is leaning towards an answer of “yes.”

There are a few plausible scenarios we must consider.

One, President Biden is simply a useful idiot, in the familiar mold of the Cold War American liberals who championed the Soviet Union and made excuses for its famines and campaigns of oppression and mass murder.

Forget the mass graves, behold the glories of communism!

In this scenario, President Biden is either thoroughly deceived by the Chinese and or he is too senile and mentally vacant to know the difference. During presidential briefings on China, Biden plays with a Chinese finger trap in the Oval Office while the Leftists in the Biden Administration sell the United States down the river for a quick Red buck.

This leads us to our second scenario…

Two, President Biden is bought and paid for by the Chinese Communist Party. We sure know that President Biden’s dropout, drug-addled son has been the beneficiary of Chinese corruption. How did a failed son with no business experience ink a $1.5 billion deal with a subsidiary of the Communist Chinese Government’s Bank of China?

Such a question the Mainstream Media refuses to ask, but the dots are obvious enough for a toddler to connect: In 2013, then-Vice President Joe Biden and his druggie son Hunter Biden flew aboard Air Force Two to China. A mere ten days later, Hunter Biden’s company landed a $1.5 billion deal.

For all of the Radical Left’s talk of “intersectionality,” the bright bulbs in the media establishments of America fail to see the intersection between Hunter Biden’s ballooning bank account and President Joe Biden’s political weakness towards China.

The answer as to whether or not President Biden is an agent of the communist Chinese government is likely a mixture of the two above scenarios.

It’s entirely possible that the Chinese Communist Party has Joe Biden by the balls AND he is too dumb to know China is playing him like a fiddle.

As former Trump Administration Secretary of State Mike Pompeo stated this week, “China is attempting to influence American policy” at every level; meanwhile, President Biden is echoing “Chinese propaganda” on matters such as the Coronavirus, trade, and Uighur persecution.

For those unfamiliar with China’s ongoing genocide of their ethnic minorities and the Uighur population, the tale is truly horrific and violates every sort of international human rights law and norm that supposed liberals in the Democratic Party support. In fact, instead, it is the Republican Party who is standing up for the Uighurs and their essential human rights.

Behind President Biden’s blank smile is nothing but hypocrisy and an emptied-out mind.

President Biden recently excused China’s genocide of its minorities in a CNN town hall forum held in Wisconsin, claiming that the Chinese communists simply operate by a “different set of norms.” Such a statement is, frankly, anti-American in its bottomless depravity.

“That language that it’s just a set of different norms, that’s the Chinese propaganda line, they want you to think this is just a quiet nation [that] may have a little bit of a different system, but goodness gracious, what’s all the fuss about?” said Secretary Pompeo in response.

“The truth of the matter is they are trying to wipe out an entire people,” Pompeo continued. “Maybe Xi Jinping gets the fact that now the administration is only going to talk about this and raise it quote, ‘because I have to talk about this,’ rather than take action.”

President Joe Biden: Useful idiot? Senile? Bought and paid for? Corrupt? Or too weak to make a difference? You decide.

How about all of the above?

Either way, the Chinese communists are laughing – because they have their pet in the Oval Office, and they’re holding the leash.

Joe Biden is a Manchurian President, whether he knows it or not. American patriots and members of Congress need to stand up to President Biden and his communist Chinese masters before Biden surrenders the future of the United States and enslaves the American people to a world dictated by Beijing.