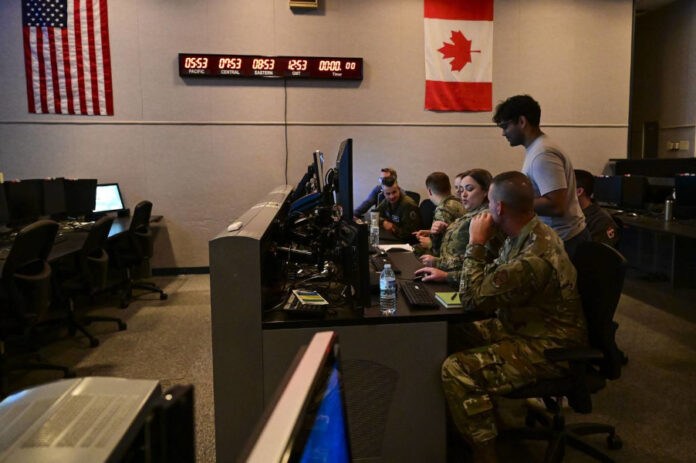 We may not treat all of our allies with the love and respect that they deserve, but at least we’re strengthening relationships with the allies of our own continent.

The U.S. and Canada have recently announced that they will be collaborating on modernizing NORAD.

Now, some people know NORAD as the tracker in which to find out when Santa will deliver packages. However, it turns out that they do so much more than provide updates from the North Pole.

North American Aerospace Defense Command (NORAD) is in need of serious updating – and it only makes sense that both the U.S. and Canada would work together to strengthen the technology. With the ability to increase the way in which the sensors can find threats, it can help to provide an added layer of protection.

The goal is to make investments so that the sensing improves and so that there are more command-and-control capabilities. It will be able to provide protection for the content from such things as ballistic missile threats.

In a joint statement made by the U.S. Secretary of Defense and the Canadian Minister of National Defense, they explained that they must work together to secure the continent. The statement read, “The stronger and safer we are at home, the more we are capable of engaging and acting together in the wider world, in support of a strong, rules-based international order.”

NORAD is an air defense-focused organization run by the U.S. in tandem with Canada. It is led by General Glen VanHerck, who is also the head of U.S. Northern Command. He recognizes that the missions of both NORAD and U.S. Northern Command are inseparable because they are both based in the concept of homeland defense.

Now that both countries have committed to working together and strengthening NORAD, it can help to put some Americans at ease. Particularly with the way that things went south in Afghanistan, there’s more need than ever to identify threats to North America – both in maritime and aerospace domains.

It’s not just enough to be aware of the threats, however. This is where the modernization comes in. By improving and better integrating the capabilities, the U.S. and Canada hope to deter acts of aggression against North America.

This allows the continent to show a united front. Further, it will make it easier to respond to various threats quickly and decisively whenever it is called upon.

Many of NORAD’s sensors will be replaced with more advanced ones that will be placed in all domains – ranging from on-orbit to under the sea. These sensors will be able to sense even the smallest of threats, such as small drones or cruise missiles.

With joint modernization comes the need for joint research. This way, they will have a command-and-control system that allows the two countries to work with a common operating picture.

VanHerck made it clear that he wants to ensure that there’s no threat to the homeland. The last thing we want is another September 11 – and the advancements at NORAD are looking to prevent such a thing. He explains, ” Homeland defense doesn’t start in the homeland. It starts abroad. I don’t want to be shooting down cruise missiles over the national capital region. I think that’s a little bit late in the process. So I’d like to be engaging or deterring, well, what I call left of launch.”

We may not be able to count on Biden to lead us but at least we have NORAD to protect us.