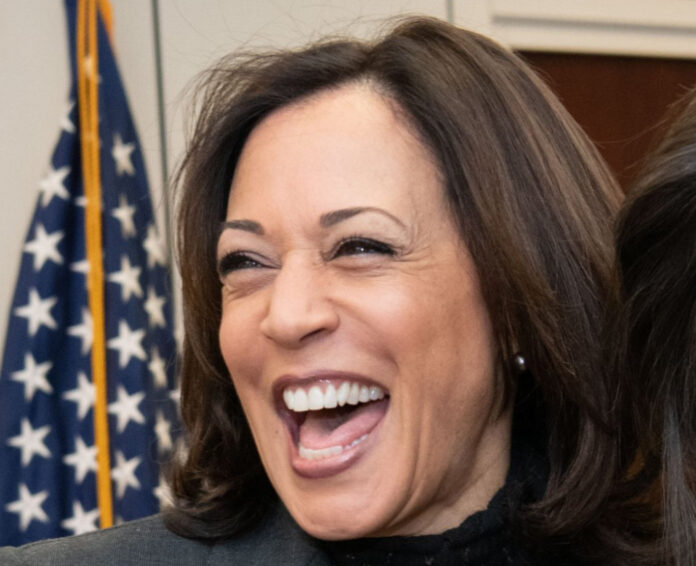 Usually, when a crisis occurs, our national leaders are the first to take the stage and put their stamp of approval or condemnation on it. So naturally, the recent and botched pull out of our military forces from Afghanistan should be no different.

And yet, our president and vice president have been strangely silent as well as unseen.

Now, to be clear, we kind of expected this from Democratic POTUS Joe Biden. I mean, the man is barely holding it together anymore. There isn’t a day or a week that goes by when it seems he hasn’t made some error of speech, forgotten someone’s name, or claimed lies to be truth.

But what about Kamala Harris?

She’s supposed to be the voice of reason here, right? As a former Senate Intelligence Committee member with access to sensitive information about our policies with multiple nations, she’s also been the one in charge of taking calls from foreign leaders on Biden’s behalf, as well as a whole slew of other more “executive” tasks than nearly any other vice president in our nation’s history.

In fact, she’s taken on so much of an inside the Oval Office role that the White House has taken to calling the administration “Biden-Harris,” instead of just “Biden.” And federal agencies have been directed to follow suit.

Now, some of this may have to do with the idea that Kamala is supposed to be taking over for Biden whenever the party finally decides he can’t be the face of the White House anymore. After all, he himself admitted in looking for a VP that his choice would have to be ready and willing to do his job on “day one.”

And, as I already explained, she’s been doing more of his job than anyone else seems to be. Or at least that’s what she told CNN in April when she bragged about being “the last person in the room” when the administration’s plans to withdraw from Afghanistan were first being discussed.

But now that those plans have been acted upon and fulfilled, albeit horrifically, she’s all but invisible.

Last week, when the Taliban began their reaction to Biden’s withdrawal, Biden alone sat at Camp David working. Sure, Harris was included in a conference video call with him at some point, but so were several other people.

And this week, when Biden stood before America to talk about the Afghanistan problem and how we were going to get our people out safely, she was reported by the Daily Mail to be watching the address in the “Green Room.” It is noted that she usually is right by Biden’s side when making such in-person speeches.

Yet, this week, when the speech was addressing something she herself had had a major hand in, she was strangely absent.

In fact, the only thing we’ve even heard from the vice president in the last week or on the Afghanistan withdrawal was from a short tweet sent out on Tuesday. In it, she praised the past work of our military in the Middle Eastern nation. She voiced her support for Biden’s move to withdraw.

Her support for such shouldn’t really be any surprise to anyone. After all, this is a woman who visited Afghanistan in 2019, just before her presidential run. According to the Los Angeles Times and a former aide, the then-freshman senator was “struck” by how long many of our armed service members had been in-country and away from their loved ones.

For two decades, our courageous servicemembers put their lives on the line in Afghanistan. We will always be grateful—and proud.

Ending U.S. military involvement in Afghanistan is the right decision.

It was then that she vowed to pullout out our military forces. And in April, it seemed that was still her plan, as she fully and proudly backed Biden’s plans.

But now, of course, she’s been curiously mum on the whole thing.

And to make matters even worse, on Friday, she jetted off to Asia as if to say that she has more important issues to attend to. Oh, and by the way, one of her stops on this trip will be to visit Vietnam, where the US similarly made the horrible mistake of pulling our troops out and leaving the people to face their own demise.