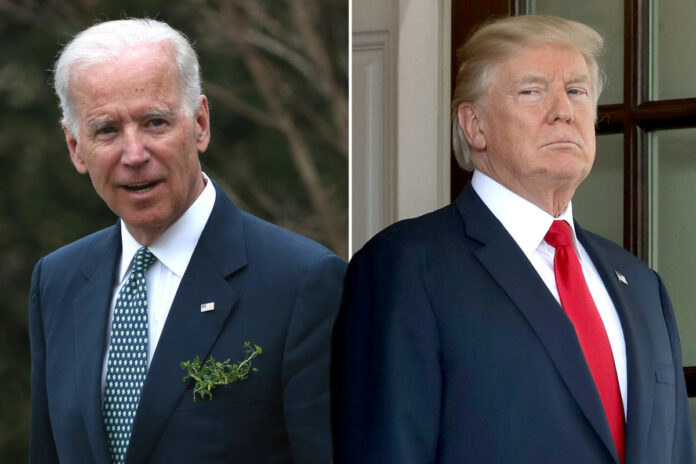 It seems that since his very first day in office, if not before, Democratic President Joe Biden has done little but to quite literally reverse every single thing his predecessor Donald Trump touched. And our country couldn’t be more different as a result. We have a southern border overflowing with illegal caravans. Oil and gas shortages are skyrocketing all fossil fuel prices, trade deals that help everyone else but us, lower employment, inflation, horrible military morale, and oh and now, higher than ever food stamps spending.

This last bit of news was announced this week by Biden’s Agriculture Secretary Tom Vilsack in a news release. Of course, he spun it off as a good thing for Americans, as they are now getting their monthly Supplemental Nutritional Assistance Program or SNAP benefits increased by a whopping 25 percent.

Now, to be clear, I’m not saying that the increase is a bad thing necessarily.

To explain, we first need to know that the increase is all because of an update to the US Department of Agriculture’s Thrifty Food Plan, a model food plan to calculate food prices based on nutritional guidelines, consumption patterns, and current food prices. Per the 2018 Farm Bill, the plan was to be revised to ensure certain criteria and needs were being met.

Minus adjustments based on inflation, the plans’ nutritional values, and such have not been updated since 1962, according to The New York Times.

According to those behind the revision, those Bloomberg refers to as ‘anti-hunger advocates,’ the changes are needed to meet current nutritional recommendations as well as make sure that the modern American lifestyle, which includes a meager 30 minutes of food prep a day per home, is being taken into consideration.

As Vilsack says, the changes are “more than a commitment to good nutrition – it’s an investment in our nation’s health, economy, and security.” He added that the increase will allow low-income families to have access to foods and diets that will help prevent disease, encourage healthy growth in school-age children, reduce healthcare costs, “and more.”

He also says that adding money to these families’ pockets will allow for more money to be spent in the economy and create “thousands of new jobs along the way.”

According to the Times, in particular, the new shopping lists will include more seafood and red and orange veggies for starters. In addition, an average of $36.24 extra per person for the year 2022, as the updates are to go into effect October 1, NPR reports.

No one is saying that low-income families in need of food help shouldn’t have access to food and nutrients to keep them healthy.

The criticism of the plan actually has less to do with the program itself and more about the fact that the current state of the economy needs this to be done.

If we were to go back in time by a mere year and a half or so, before the pandemic, of course, we’d see a much different economy.

As Trump stated in his 2020 State of Union address, some 7 million new jobs had been added to the workforce under his tenure. This meant that about 3.5 million people were working who didn’t before. And a whopping 10 million Americans were no longer in need of welfare benefits. Another 6 million Americans no longer even needed food assistance programs like SNAP.

Trump’s then-deputy undersecretary for Food Nutrition and Consumer Services, Brandon Lipps, told the Washington Examiner at the time, “Employers are hungry for employees, and they have now moved into employment. It’s because they’re employed and above the level of poverty that they no longer qualify for SNAP.”

But now, things are worse than ever before. Unemployment is soaring, those in need of welfare are skyrocketing, and prices of everything is way up, including the SNAP program. So who still says Biden’s economy is better?