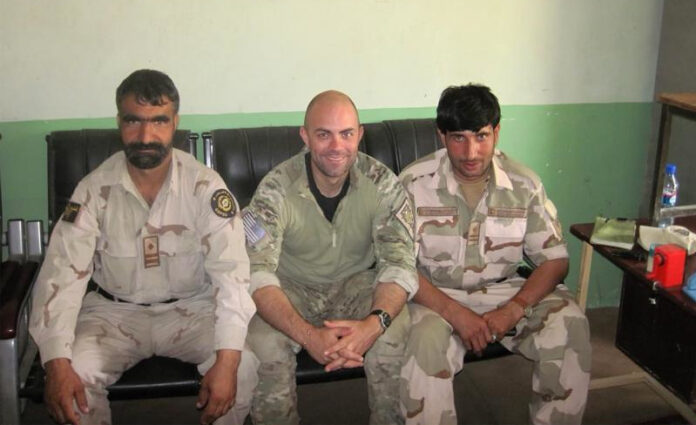 Mohammad Khalid Wardak was a high-profile police officer in Kabul up until a few days ago when the Taliban marched into town. He made no bones about working side-by-side with U.S. special forces. His hate for the Taliban is so intense that he went on Afghanistan national television and challenged them to a fight.

He knew the Taliban were on their way and he wasn’t running. He also knew the U.S. was pulling out and he had no plans on going with them. If necessary, he would die alongside his fellow countrymen while defending everything he stood for against tyranny and oppression.

But there wasn’t anything left to fight for once the Taliban swiftly moved in and his countries very own president tucked tail and ran as the Afghan military threw down their weapons and walked off the job. This left Khalid, the name he prefers to use, with only one viable option. He went into hiding as his name went on the Taliban’s most wanted list.

The only hope he has is that the American government will recognize his well-documented loyalty and will have the common courtesy to repay their undying gratitude. The only other option would be to remain in Afghanistan where he and his family will eventually be ratted out and executed in public, by sword or by rope, not of their own given discretion.

Everything that could be working against Khalid is, and time is not his friend. As things turned out for him, he doesn’t qualify for a special immigration visa to the U.S. He doesn’t qualify for anything except the thank-you he never even received. Had he been an interpreter or translator things would be different. But he was a cop, and them, along with cowardly Afghan soldiers, which is understandable, are not welcome to apply.

Khalid has appealed to the U.S. State Department to consider his individual case. The department said there maybe might kinda sorta be a way to get him qualified, but each day they toy with the idea brings him and his family closer to having no need for them.

Learning of the problem, Khalid is now getting some much-needed help, and it isn’t coming by way of a compassionate politician if there even is such a thing. It’s coming from his brothers-in-arms in the U.S. military who worked with him when they were there.

All of them agree how Khalid’s bravery and dedication saved many lives, both theirs and those of innocent Afghan civilians, and they’re not standing for him being left behind. It goes against every grain. They’ve reached out to both Congress and the state department asking that if they can’t get Khalid and his family safely to the U.S., at least get them somewhere, just get them to safety and do it now.

“They’re shouting his name in the street, looking for him, hunting for him. And the fear is if they get a hold of him and his family, they are going to make an example out of them,” he said.

In 2013 when a special forces detachment came under attack from the inside by an imposter disguised in an Afghan security forces uniform, killing two American soldiers, Khalid, without hesitation, came to the rescue. As the battle erupted inside, another one started outside.

The detachment commander immediately reached out to Khalid who within the blink of an eye showed up with what he referred to as his quick-reaction force and forced the attackers back. Countless lives were saved. Yet there he sits. In Afghanistan. Waiting for himself, his wife, and his four daughters to be killed at any moment.

Great planning, Joe. This blood will be on your hands.