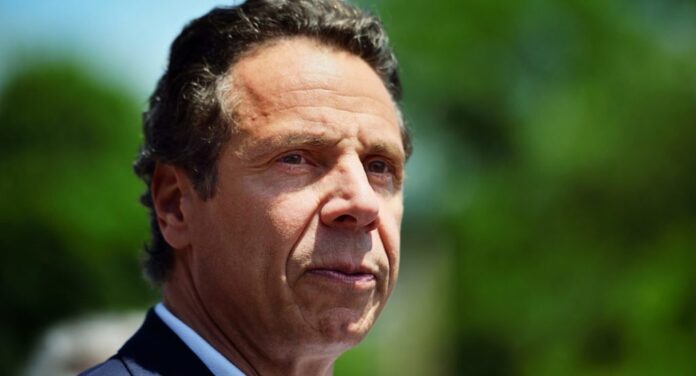 New York has suffered at the hands of Andrew Cuomo for a long time. The murderous governor has slowly tortured his subjects through the years with manipulative policies and ridiculous rules. His reign of terror reached its peak when he secretly orders COVID-19 patients to be taken to nursing homes so he could report lower numbers of infections and death.

When the time came to count nursing home deaths, he doctored the numbers by telling the centers to get the near-death patients out of the homes as quickly as possible, so he did not have to count their death on the stat sheet.

Andrew Cuomo is a man that is in full denial of his role in the death of thousands of elderly people. The falsely praised man wan once bragged about as a source of how to handle the coronavirus. But now, he is nothing more than a killer seeking to blame other people somehow.

The fact that his aides turned on him and ratted him out to the right people proves that they are tired of covering for him. The people that worked under him were having to cover up his criminal deed. And now that the deed is out in the open, there is not one person that is moving to aid the man in defense.

His own Attorney General’s Office is the force behind revealing what really happened last year. They told the story they were purposely miscounting the nursing homes’ deaths by as much as 50 percent.

Cuomo’s logic here is insane BTW. Even if we take it as fact that every nursing home already had some coronavirus before Cuomo’s March order, that doesn’t mean that sending coronavirus infected patients into the nursing homes didn’t make it worse! Who does he think he is fooling?

And if that were not enough to make people throw up, his aid reported that he hid the data. And the reason why they were told to hide it all was because Cuomo did not want to lose what he had going for him.

And that is power.

Andrew Cuomo loves power. He thinks that he is somehow immune from having to answer to anyone for his crimes against humanity. But the truth is that he will have to answer to the Department of Justice for his role in the murder of thousands of elderly people.

There is no way that Cuomo can spin his actions as anything but a coverup. The information that he had should have been released to the public. But he did not want the numbers to be pinned to his order to infect healthy elderly people deliberately.

COVID-19 is turning out to be a Democrats nightmare. No matter what they do, they are incapable of stopping the spread. They lock people down and take away their right to breathe fresh air. And the entire time, the liberals act like they are immune to obeying the pandemic laws.

Their purposeful betrayal of public trust is landing many of them in trouble. Gavin Newsom is facing a recall, and now, here is Andrew Cuomo facing possible criminal charges for his role in the deaths of innocent people that he should have been protecting.

Cuomo did not want to admit that he needed help from then-President Trump. His pride got in the way, and his ego had grown so large from being praised as a COVID hero that he just had to hide the truth. His castle of cards is falling down.

Cuomo is hoping that the fake news media can clear his family name. He is trying to get them to blame the infections on people that were visiting their family members instead of the already infected people being shipped to the nursing homes by the thousands. Even his excuse is so farfetched that it is unbelievable.

Andrew Cuomo cannot be trusted to govern New York. Like a tyrant king, he has killed his subjects and treated them like caged animals by keeping them locked up in their homes.

His subjects under him have finally rebelled and are looking for the higher powers to come to New York and carry the sadistic man to federal prison. It will be there that he will learn that he indeed is a liar and that he purposely murdered people for the sake of his ego.