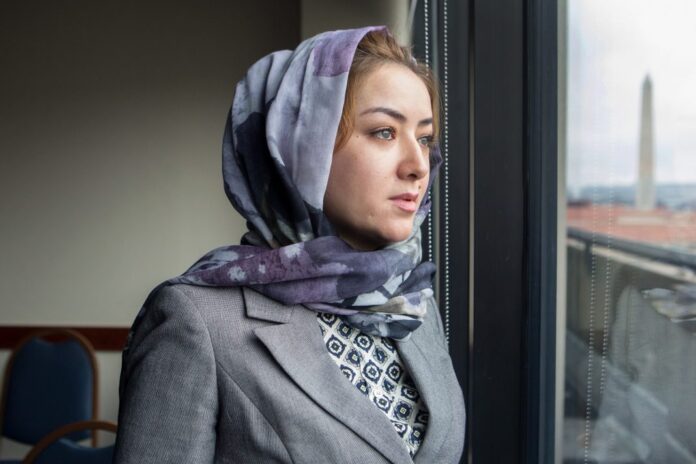 China’s Uighur Muslim population continues to suffer at the hands of their Communist captors. Horrific tales of beatings, executions, forced sterilizations and abortions, and despicable living conditions have surfaced many times over.

But the British magazine, the “Economist,” said it was incorrect of the US to designate China’s treatment of the Uighur’s as genocide. According to them, things aren’t all that bad.

The article claims how the Chinese are merely practicing population control so neither the US nor the United Nations has any business sticking their noses where they aren’t wanted or required. It goes on to say that the US has lessened the entire meaning of the word by designating China’s actions as genocide.

The magazine didn’t claim that China’s actions aren’t wrong and inhumane, but they did say it doesn’t meet the criteria for being called genocide since the Muslims aren’t being herded into gas chambers.

Here’s what they said; “China’s persecution of the Uighurs is horrific: It has locked up perhaps one million of them in prison camps, which it naturally mislabels ‘vocational training centers.’ It has forcibly sterilized some Uighur women. But it is not slaughtering them. By accusing it of genocide instead, in the absence of mass murder, America is diminishing the unique stigma of the term…. It accomplishes nothing to exaggerate the Communist Party’s crimes in Xinjiang.”

Exaggerate? The “Economist,” in their ignorance, has overlooked the obvious. Nazi Germany was guilty of conducting genocide in a haphazardly quick fashion. They wanted things done quickly so they killed people in bulk. Schnell!

The Chinese, if nothing else, have great patience. They’re much more methodical than Adolph Hitler was. By forcing sterilizations and abortions followed by a lone but fairly regular execution here and there, they think they’re slipping under the radar, but the world knows better, with the exception of the “Economist.”

New reports concerning the treatment of the Uighur’s continue to surface almost daily., but the article chose to overlook these new findings. It failed to mention the ongoing systemic and often brutal rapes of Uighur women by their dog-dining captors. It also makes no mention of these innocents having been referred to as “malignant tumors” by leaders within the Chinese Communist Party.

The CCP has referred to the Uighar’s religion as a “communicable plague” that must not be allowed to spread. But the “Editorials” worst atrocity was in bypassing the numerous reports of newborn Uighur children being immediately put to death by the Chinese henchmen awaiting the miracle of birth.

He clearly stated how the “Economist” could not be further from the truth. “The Chinese Communist Party is clearly committing a genocide against the Uighurs and other ethnic and religious minorities as defined by the Genocide Convention.”

McCaul continued with, “And while the “Economist’s” intentions were hopefully not to serve as genocide apologists, the CCP will certainly use their inaccurate headline to continue to excuse their genocide. It’s incredibly unsettling to see one make excuses for those same horrors.”

There is a reason for everything, and this one may have everything to do with the article’s intentional playdown of the genocide scenario. There are ties that bind between the “Economist” and the CCP. Imagine that.

Just last year, the magazine ran several articles that originated in the “Beijing Review,” a megaphone for the Chinese Communist Party. The articles boasted of Xi Jinping’s hands-on approach to the coronavirus pandemic he started to begin with.

The British magazine has also expressed its deepest of sympathies for the unfair treatment of Huawei. As a point of interest, some of the magazines’ staff members have resigned only to resurface under the employ of the tech giant.

It is now known how the “Economist” worked with the CCP funded Huawei by assisting them to legitimize their entire operation. They did so by creating a confusing number of European tech junkets as a clever disguise.

Here’s where things get in the trenches. Huawei’s vast technology is the powerhouse behind China’s surveillance capabilities, and they don’t like missing a thing.

Knowing this, it only stands to reason that Huawei is responsible for planting and maintaining the equipment used to spy 24/7 on the Uighurs. Now, do you get it? We thought you might.

The “Economist” is now facing charges due to their failure to abide by federal disclosure laws by not revealing their close ties with Communist China. Be careful what you’re reading. Know the source.