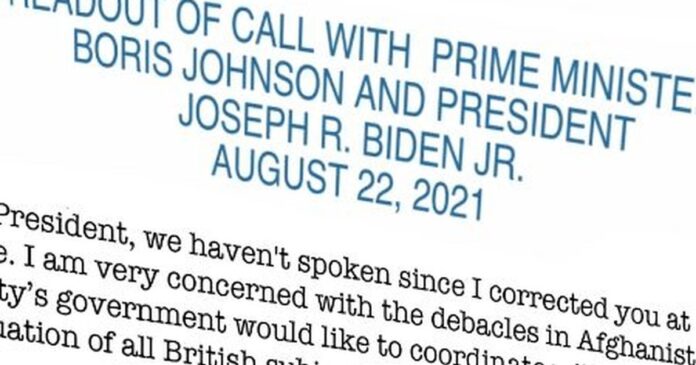 Before the election, Joe Biden was placed in a basement and told to wait it out in the corner. Democrats were worried that Biden couldn’t take the rigors of speaking for more than a few minutes or answering questions harder than: “What pudding did you have for breakfast?” They were right.

Now, eight months into his presidency, that fear has borne poison fruit. As a candidate, it wasn’t a danger, just an amusement. But now he’s the leader of the free world. The White House is forced to routinely announce “lids,” presumably so Joe can nap or recharge — or just avoid stepping on another rake.

Biden’s recent interview with a friendly, Democrat apparatchik disguised as a journalist didn’t go as planned. George Stephanopoulos asked questions harder than “What pudding did you have for breakfast?” and Biden had to prompted by Stephanopoulos with an occasional “and?” to get a complete sentence out of him.

But even worse parts were left on the cutting room floor. And they, apparently, were so bad for Biden that ABC didn’t want to air them.

Here’s the issue. Joe is still president, so has to do president things like talk to world leaders. We recently learned that on one of those calls, part of it was edited to leave out important, but damaging, information. And Biden didn’t return the call of the UK’s PM Boris Johnson for several days.

Joe Biden has pretty much checked out. Zzzzzzzzz