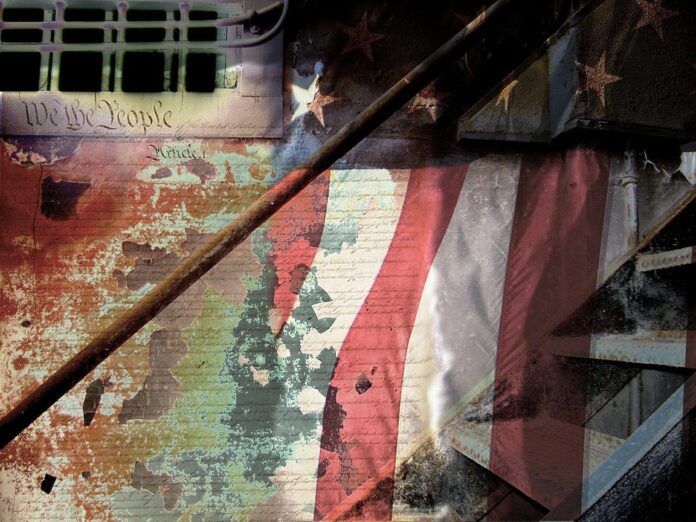 “We hold these truths to be self-evident, that all men are created equal, that they are endowed by their creator with certain unalienable rights, that among these are life, liberty and the pursuit of happiness.”

These are the words written in the Declaration of Independence by men who undoubtedly experienced the hardships of a life without legal protections. Thanks to their foresight and wisdom, our country has flourished. Citizens are free to enjoy life, liberty, and the pursuit of happiness unencumbered by an overreaching government. Well, most of us are, anyway.

Those with Japanese ancestry during World War Two might beg to differ. In fact, they might agree with James Madison’s assessment of Constitutional Rights as nothing more than “Parchment barriers.” Easily violated when a big enough majority decides it is best. Perhaps even when that majority is only constituted by a small number ofelected officials.

Following September 11th, 2001, for example, torture was once again on the table for prisoners in Guantanamo Bay, Cuba. Nevermind the fact that torture was banned in the 1890s under the 8th Amendment. Of course, once word got out of its existence, it was quickly abandoned. Unable to sweep it under the proverbial rug, politicians instead rebranded it as “Enhanced Interrogation Techniques” and challenged its qualification as torture.

These examples are easy to ignore, as in most cases, they aren’t really Americans, but instead they fall into the slightly more nebulous category of enemy adjacent. Their rights to be protected under our laws is arguable. Some weren’t citizens at all, others were freshly minted citizens whose loyalty could be disputed. Although, in the case of Japanese internment, 80,000 out of the 120,00 of those affected were second or third-generation Americans.

Closer to home, we need only look to the US military to find numerous examples of these “Parchments Barriers” being trampled underfoot. Although a US service member is sworn to protect and defend the Constitution of the United States of America, it seems they are not truly protected by it during service.

For example, a service member who violates the law outside of a military base can be tried in civil courts and punished accordingly. After being released by the civilian authorities, that service member can then face the Military justice system, where he is tried for the same crime in a military court. So much for protection from double jeopardy. The irony of a clear violation of the rights of a person who is sworn to protect those same rights is apparently lost on those in Washington.

I know, I know, none of this applies to the average American, who has rock-solid protection. It’s written in the Constitution and Bill of Rights, and any lawyer worth his salt can defend a citizen from any violations of his or her rights.  Everyone gets their day in court. Unless of course, we’re discussing the NSA.

The NSA has been collecting metadata since 2001 and no end is in sight. No worries though, right? They’re after terrorists and threats to the United States, not average Americans.

While it is true that their main focus is to weed out threats and communications from foreign enemies and terrorist groups, they do so by collecting millions of phone records from major carriers like Verizon and AT&T. That includes all the numbers you’ve dialed for calls or texts and what time they were sent. It’s not just phone calls and texts, though. In fact, the NSA monitors nearly everything you do on the internet as well. This amounts to warrantless wiretapping, a clear violation of the Fourth Amendment’s protections from unreasonable search and seizure. Unless you are computer savvy enough to configure and use a TOR browser, your rights are likely being violated as you read this piece.

Often times, rights violations are the direct result of some disaster or attack. The Japanese internment followed Pearl Harbor and the Guantanamo Bay incident and NSA wiretapping came after the 911 attack. As Winston Churchill once said, “Never let a good crisis go to waste.”

Undoubtedly, Washington politicians had this in mind when Covid 19 reared its ugly head. Numerous violations of civil rights and Constitutional law were recorded in the aftermath of its arrival on US soil and the subsequent lockdowns, restrictions, and policy changes it spawned.  In Newark NJ, residents were threatened with prosecution for posting incorrect information regarding the pandemic on social media sites. Another clear violation, this time of the First Amendment. Social media, for its part,  often hides behind the protections of being privately owned in order to openly censor its content.

Considering the numerous ways our rights are ignored on a daily basis, it’s a wonder that Americans are so secure in the idea that they are protected. Indeed, the laws that protect us seem to be easily shed under the right catastrophe or subterfuge. It seems the protections they offer are truly nothing more than  “Parchment barriers” and the powers that be can blast through them like a football team taking the field on any given Sunday.