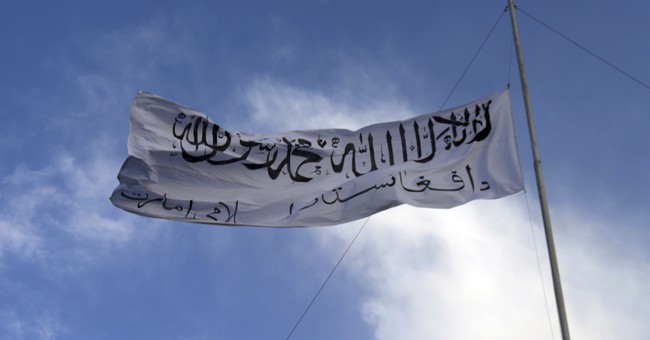 Embattled Joe Biden has been slammed, ridiculed, and ruthlessly mocked for his disastrous and inexplicable decision to precipitously jerk American forces out of Afghanistan without, apparently, even telling the Afghan government or military what was about to go down.

Even more inexcusable, Biden left 15 thousand or more American citizens trapped behind enemy lines; their fate in the hands of the brutal Islamist extremists.

Now, even the Taliban is jumping on the mockery bandwagon — with a taunt that’s sure to boil the blood of not only America’s veterans but of all proud Americans, as Rush used to say, across the fruited plain.

As Fox News reported on Saturday morning, propaganda videos posted this week on channels affiliated with the Taliban show soldiers in the little-known Badri 313 Battalion carrying U.S. and U.S. ally-made weapons and gear, that appear to be stolen from allied militaries, while patrolling parts of Kabul.

The Badri 313 special unit differs from typical Taliban fighters, as they are made to look more like U.S. soldiers, with camouflage, combat boots, and body armor. They also carry M4 carbines and drive armored Humvees, the Sinclair Broadcasting Group reported, per Fox.

It gets worse. I’ll just leave this here…

Yeah. As reported by Fox, the Badri 313 Battalion was spotted patrolling Afghanistan with U.S.-made gear, and posting a disturbing photo appearing to mock the iconic World War II photo, Raising the Flag on Iwo Jima. Appearing to mock? Please.

Shiv Aroor, a senior editor and television anchor at India Today, said in a news conference this week, per Fox, that the Badri 313 Battalion has only recently been revealed.

“This has only been recently revealed, is a militia, a special operations unit of the Taliban that is being deployed not just in Kabul but elsewhere as well that has provided a completely different picture.

“No more just the sons of farmers and shepherds, a ragtag bunch of religious terrorists, but a special operations group comparable, perhaps, with the best in the world.”

Wait — where else have we recently heard a “best in the world,” claim?

“With the Taliban now in power, there is every reason to believe the militia could grow in strength,” Aroor said: “Expect to see much more of the Badri 313 in the weeks and months ahead.”

And what of the cache of weaponry left behind by Biden?

As I reported on Friday: Those U.S. Weapons Seized by the Taliban? It’s Worse Than We Thought.

The Taliban have also seized airplanes, tanks, and artillery from Afghan outposts and from evacuating U.S. personnel, revealing one of the heavier costs of a U.S. troop withdrawal amid a collapse of Afghanistan’s government and army.

The seized equipment includes more than 2,000 armored vehicles, and up to 40 aircraft, reported Reuters, citing an intelligence assessment. “Everything that hasn’t been destroyed is the Taliban’s now,” one U.S. official told Reuters. Rep. Michael McCaul (R-TX), the top Republican on the House Foreign Affairs Committee, confirmed the intelligence assessment to Reuters.

Spin it any way you want, Joe — you did that.

Finally, on a personal note…

My dad was a proud, 22-year-old Marine who drove a tank from a landing craft onto the black, volcanic sand beach on Iwo Jima on Day One as American forces invaded the island on February 19, 1945. The ensuing Battle of Iwo Jima lasted for five weeks. In some of the bloodiest fighting of World War II, it’s believed that all but 200 or so of the 21,000 Japanese forces on the island were killed, as were almost 7,000 Marines.

My dad saw horrors that he refused to talk about for the rest of his life. Through the ensuing years, I’ve often said I’m glad my dad does not have to see what has become of the America he fought so hard — and many of his buddies died — to preserve. This taunt is now at the top of the list of things I’m glad U.S. Marine Corps CPL Eddie Miller did not have to see.

It didn’t have to be this way.

Check out these recent related articles, as well:

Biden Was Wrong Again: The Taliban Is Hunting Down Afghan Allies

CBS Mocked for Blaming Rise of Taliban on ‘Climate Change’