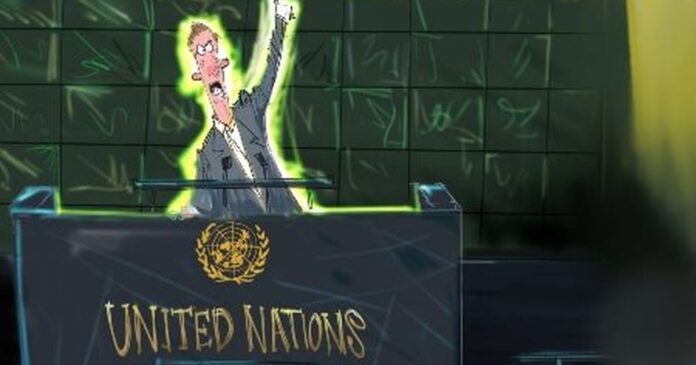 While Afghan women and girls are being rounded up and sold into sex slavery for the enjoyment of cavemen, while Taliban monsters are roaming the streets of Kabul looking for people to torture and murder, the United Nations has been busy issuing a statement.

It includes waggy-finger words meant to entreat Taliban thugs to treat women fairly and equally. It asks them to be mindful of inclusiveness, too (always important, in case the Taliban forgot). It’s a statement that dutifully employs useless and toothless phrasing. And shows they’re nothing but a toothless tiger.

The United Nations has a Human Right Council. This year’s members include human rights luminaries like Russia, Libya, and Somalia. That council has consistently criticized the United States, and why not – President Biden has invited the UN to investigate the U.S. for human rights abuses.

The United States pays 22% of the UN budget and funds about 25% of the “Peace Keeping” force around the world.

The United Nations will do nothing to help Afghan women and girls. Their fate is, at best, to be treated like property, covered from head to foot and allowed to walk the streets like a dog on a leash. At worst, they will be sold into sex slavery by Taliban barbarians.

I take that back – the UN will do something. When images of people getting strung from light posts and women getting beaten in the streets emerge, the UN will issue another strongly worded statement.

Like Demi Moore’s character in A Few Good Men, the United Nations will object…IT WILL STRENUOUSLY OBJECT!