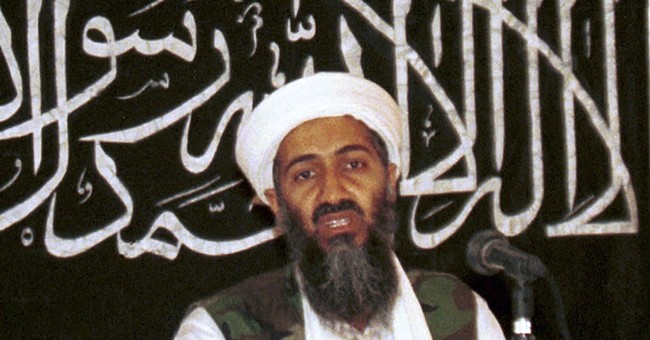 Perhaps it’s the irony of all ironies as we deal with the debacle that Joe Biden has now created in Afghanistan, that a letter about what Osama bin Laden thought of Biden has resurfaced.

In a letter from 2010, when he was talking with Al Qaeda members about possible plots, bin Laden urged his men to be on watch to find opportunities to take out Barack Obama and the CIA Director David Petraeus, but told them not to take out Biden.

He told them there was a high priority to target aircrafts belonging to Obama and then-CIA director David Petraeus.

“They are not to target visits by US Vice President Biden. The groups will remain on the lookout for Obama or Petraeus,” bin Laden wrote.

“The reason for concentrating on them is that Obama is the head of infidelity and killing him automatically will make Biden take over the presidency for the remainder of the term, as it is the norm over there.

“Biden is totally unprepared for that post, which will lead the US into a crisis.

“As for Petraeus, he is the man of the house in this last year of the war, and killing him would alter the war’s path.”

The letter was found in his Pakistan hideout in 2011 and was first made public in 2012, but obviously has greater relevance now that Biden has completely bungled what is going on in Afghanistan.

Biden has spoken in his multiple remarks on Afghanistan about how one of the two goals of being in Afghanistan was to get Osama bin Laden. He was killed during the Obama administration but Biden was infamously against that action. It showed how “risk-averse” he was, more so even than Barack Obama who was infamously risk-averse, stunting the ability to deal with many problems in the Middle East and problems like ISIS.

Now we see how Biden isn’t even able to understand that you can’t trust the Taliban to ensure “safe passage” for Americans to the airport. But because he made a deal with them, he hasn’t been sending troops out to get Americans and allies from around Kabul and bringing them to the airport, as the French and the British are. He’s that risk-averse. That’s why he just wanted to pull out and leave, regardless of who got left and how we got in this mess, to begin with. I’m hoping that the new report about not having Americans go to the airport may mean that they could finally be figuring out they should set up pick-up points for Americans/allies to meet U.S. troops. But given the mess the Biden team has made of everything so far, I’m not sure we can expect sense even now, even when he can plagiarize the right action from the British and the French.