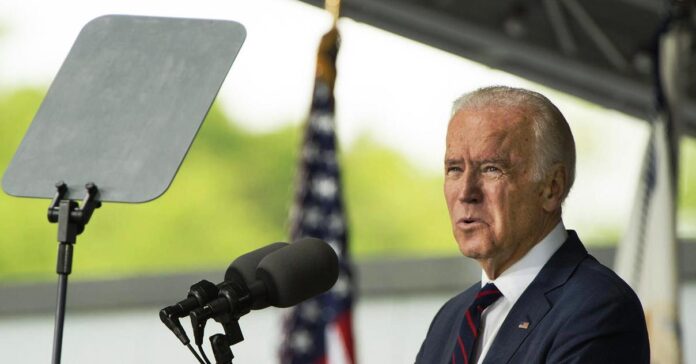 Democrats on Capitol Hill chair both the Senate Intelligence and Foreign Relations Committees. They have decided that both committees will launch investigations into the “flawed” American withdrawal from Afghanistan. This withdrawal left close to 10,000 American citizens and 40,000 allies stranded as the Taliban closed in on the capital city of Kabul.

President Joe Biden, and his administration, stood behind the decision to withdraw from Afghanistan. During a speech on Monday, the president barely addressed the botched pullout. The White House’s national security advisors and top administration officials have said over the weekend that the Taliban onslaught moved faster than expected, and so did the Afghan government’s collapse.

There are some senior Democrats who are not at all convinced that the White House administration thought through the whole withdrawal. Both Sen. Bob Menendez (D-NJ), the chairman of the Senate Foreign Relations Committee, and Sen. Mark Warner (D-VA), the chairman of the Senate Intelligence Committee, declared that they will use their positions to investigate the chaotic exit.

“Senate Democrats on Monday promised they would investigate how and why the U.S. military departure from Afghanistan was bungled, even as most people in President Biden’s party said they supported his decision to pull American troops out of the country,” According to Yahoo News who reported on Monday citing Warner’s issues with the situation.

“Sen. Mark Warner, D-Va., vowed to use his perch as chair of a powerful Senate committee to get to the bottom of why Biden has had to send roughly 7,000 U.S. troops back to Afghanistan to stabilize a situation in which desperate Afghans swarmed the airport in Kabul,” Yahoo News said.

That 7000 number of troops is just about three times the number of American troops who were in Afghanistan prior to the decision to withdraw. Biden said on Monday that he believed there was a need to pull American forces from the country before the U.S. began the “third decade” of an Afghan conflict. He did not mention what would happen to the 7,000 troops now being sent in to ensure a full evacuation.

The White House administration would not say whether American forces will remain in Afghanistan beyond August 31st, even if all Americans have yet to be evacuated.

Warner declared in a statement, “As the chairman of the Senate Intelligence Committee, I hope to work with the other committees of jurisdiction to ask tough but necessary questions about why we weren’t better prepared for a worst-case scenario involving such a swift and total collapse of the Afghan government and security forces. We owe those answers to the American people and to all those who served and sacrificed so much.”

And on Tuesday, Menendez said that he would “seek a full accounting” of the “flawed execution of the U.S. withdrawal” through the Senate Foreign Relations Committee.

“I am disappointed that the Biden administration clearly did not accurately assess the implications of a rapid U.S. withdrawal,” Menendez said in his own statement. “We are now witnessing the horrifying results of many years o policy and intelligence failures.”

Menendez also added that the Afghan army’s “collapse” was “astounding” and that “Congress was told repeatedly that the Afghan Defense and Security Forces were up to the task.”

“The American and Afghan people clearly have not been told the truth,” he said.

It was reported in both the New York Times and Reuters on Tuesday that intelligence and military officials warned the Biden administration that the Afghan government could collapse. They also reported that the Taliban could move into Kabul much faster than expected. But apparently, the White House was “behind the curve” and delayed in its decision-making.