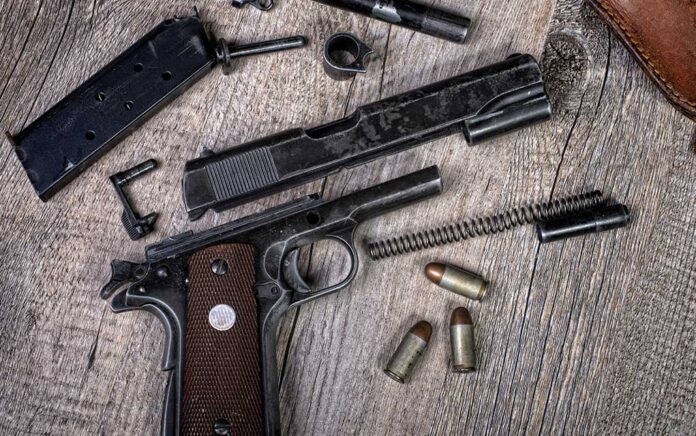 Gun control is one of the ways for Democrats to pretend as though they are in control of the situation. The reality is that the more control that is placed on guns, the more that law-abiding citizens lose out.

Why? The only ones that follow the law are the good guys. Bad guys don’t follow the rules.

A huge bust in Multnomah County Oregon is proof that the bad guys don’t follow the law.

Detectives with the Sheriff’s Office in Multnomah County recently searched a home that was a part of a months-long investigation into drugs and firearms. They recovered 337 firearms from the home. It’s one of the largest weapons seizures in the agency’s history.

Of the 337 firearms, many were machine guns. They also found high-capacity magazines, thousands of rounds of ammunition, and methamphetamine.

We already know that machine guns are illegal. So is methamphetamine. This means that this person was involved in illegal activities.

How would Democratic gun control have prevented these guns from existing? They wouldn’t. Why? This person didn’t follow the gun laws that are already in place. They broke the law to acquire machine guns and drugs.

If the goal is to reduce gun violence, there’s the need to go after the criminals – and the guns that they have in their possession.

Nicole Morrissey-O’Donnell, the Multnomah County undersheriff said in a news release that “The number of illegal guns in our communities is staggering and underscores the challenge we face as a community against gun violence.”

It’s important that we pay attention to what’s being said. It is the illegal guns that are leading to gun violence. That would mean that legal guns are not the problem.

Multnomah County has been busy, though – and the number of weapons they’ve uncovered is staggering. Within the same investigation, they found another home with a storage unit in Gresham where there was methamphetamine, 500 pills of fentanyl, drug packaging material, and 44 firearms. Over 5,000 rounds of ammunition were seized, too.

Some of the guns were military-grade.

It is highly likely that all of the guns were obtained illegally – especially since one of the people indicted in connection with the investigation, Lonnie Leroy Sahm, has several previous felony convictions.

Now, Sahm is being charged with 10 counts of felon in possession of a firearm and several other charges.

Seizing the guns and charging the criminals will be the only way to get the illegal guns off of the streets and reduce the amount of gun violence. Gun control is not the answer because, then, it prevents law-abiding citizens from being able to own guns and protect themselves against those who consistently break the law.

While what’s going on in Oregon is truly terrifying, it’s an eye-opener that deserves a national spotlight. Now, if only the Democrats in charge will take the time to understand that criminals are always going to be criminals, we can focus on a safer America.