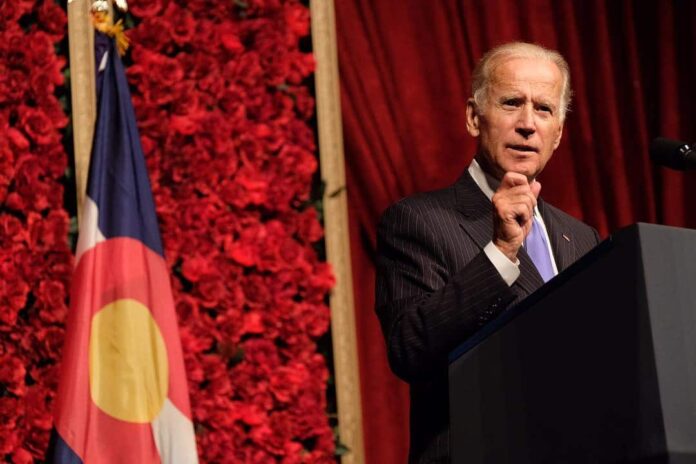 The moment that news broke that the Taliban captured Kabul, a hashtag began building across social media platforms. #WheresBiden was everywhere as people looked to see what President Biden had to say about the situation.

It was Biden’s decision to pull U.S. troops out of Afghanistan.

It was Biden’s decision to abandon our ally and let the country fall to terrorist forces.

At the very least, he should be providing a state of the union address to explain why he did what he did – and offer some kind of comfort moving forward.

There was just one problem. While American citizens ran for their lives in Afghanistan, Biden decided that it was a good time to take a vacation. After all, making political decisions that would kill thousands of allies is stressful – and he needed a break from it all.

As people dangled from the tires of C-17s that left the Kabul airport, Biden relaxed in Camp David. Even as the tensions rose last week, Biden was off. He only spent one day in DC before heading out.

He remained hidden as everything came to a breaking point.

#WheresBiden emerged as people began looking for him. There were no events on his schedule and as things got worse, Biden still did not emerge in order to be a calming voice in the midst of the chaos.

This is everything we need to know about President Biden. We’ve known that he wasn’t a solid leader. We’ve known that this decision to pull troops out of Afghanistan would end badly. What we didn’t prepare for was just how poor of a leader Biden really is in the middle of a crisis.

The hashtag says it all. America and our allies are in crisis and Biden was nowhere to be found. Even CNN showed concerns that Biden wasn’t going to talk about Afghanistan.

Throughout the weekend, many were wondering what Biden had to say. After all, it was clear then that the Taliban would be capturing the remainder of the country. As Jeff Zeleny of CNN admitted, “It has been 6 days since we’ve heard from President Biden on Afghanistan.”

Talk about incompetence! Americans have been terrified, wondering if the Taliban taking over control would mean that we’d have to worry about terrorist attacks once more.

Even former President George Bush was talking about Afghanistan. After all, the war began under his presidency when the Taliban attacked on September 11, 2001.

Even the Taliban conducted a live press conference from the presidential palace in Kabul to identify that they were officially in control of the country once more.

Still, the #WheresBiden hashtag continued to trend. The Biden administration knew that they had to produce the president – and fast. After all, he’s not allowed to pull troops, leave an entire country to fall to terrorists, and remain silent on the issue forever.

It was well into Monday afternoon before Biden finally headed to the briefing room to address America. He explained how everything escalated faster than his team had anticipated and that as president, “the buck stops with me.”

Great, well, he admitted that he’s the problem. He hardly offered any comfort that the situation would get any better, though. He’s deeply saddened, but it was all lip service. He’s prepared to take the criticism but he’s not going to take any serious action against the Taliban unless they make a move against us first.

Too little and too late. By the time President Biden spoke on the Afghan issue, the #25thAmendment hashtag had gathered steam. This seems to be a bipartisan hashtag, too, as it’s clear that Biden can’t do his job. If anyone was on the fence about it, Biden’s handling of Afghanistan is proof that he’s not cut out to be the president…or anything else having to do with American politics.