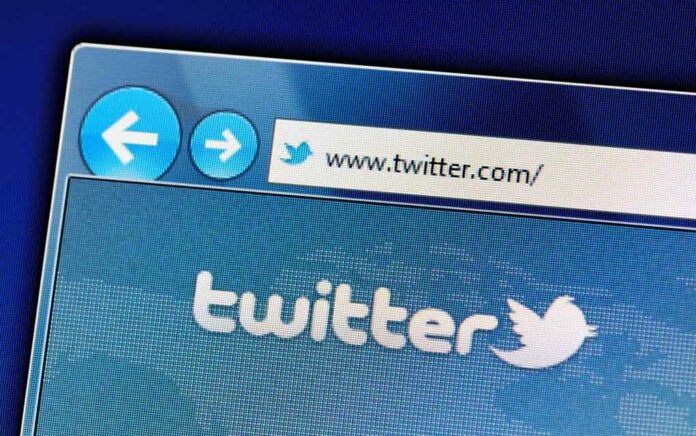 Big Tech is purging all of the accounts that they don’t like and the world of social media is stuck in a holding pattern. It feels like one of our favorite follows is getting their Twitter account deleted on a daily basis. It’s sad and worrisome but of course, the liberals are still cackling and heehawing. Project Veritas is the latest victim of the Big Tech god complex.

They will kill off any account that does not agree with what they have to say. Any account that is willing to spill the beans about what really goes on in the world has to go, too. That’s why Project Veritas ended up getting axed. When they tweeted about recent Facebook censorship yesterday, the account ended up sleeping with the fishes.

That’s what happens when you go against the Biden crime syndicate. Twitter is making their usual claims about what happened but we are not buying into them at all. Supposedly, they violated the rules about “posting private information” on Twitter. Facebook Vice President of Integrity Guy Rosen said something that was pretty ridiculous and it deserved to be shared.

They spoke truth to power when so many others were unwilling or unable. They provided evidence of wrongdoing that the average person would never be able to access otherwise. Who is going to step up to take their place? If Big Tech has it their way, this is a void that is not ever going to be filled in any meaningful way.

Social media mavens like Zuckerberg and Dorsey will send the hounds after anyone who tries to put a stop to them. Telegram users can still follow Project Veritas in the meantime but we are hoping that their account is restored as soon as possible. It is the fair and right thing to do but hey, what do we know?

These are the people who were fine with stealing an election and they did not care who knew it. A video comes out that confirms that they were helping Biden and nothing is done. They sent their Big Tech cronies to come to attack a true American patriot and the collective response is essentially a shrug.

That’s because the liberals seem to have an erroneous belief that they are never going to be censored themselves. They have false confidence about these things and we cannot wait until it is shattered once and for all. Once they start to lose their accounts for speaking their minds and letting the world know about various injustices that matter to them, the tune is going to change quickly.

Suddenly, everyone is going to become a free speech advocate. The same people who laughed it up when Trump lost his Twitter account are going to be crying foul. That’s what happens when you are not fair and consistent across the board. You are going to be left holding the bag for whatever comes next. If only they had thought about this before they decided to turn social media into some sort of revolution.

You’re not on the front lines of anything, people. The cancellations and suspensions are not going to change anything. All they are doing is opening up the eyes of many. Even those who would not consider themselves to be sympathetic to conservative causes are taking a closer look at what is going on and noticing all sorts of discrepancies. It won’t be much longer before the rest of the world catches on to what we already know: it’s open season on any and all conservatives.