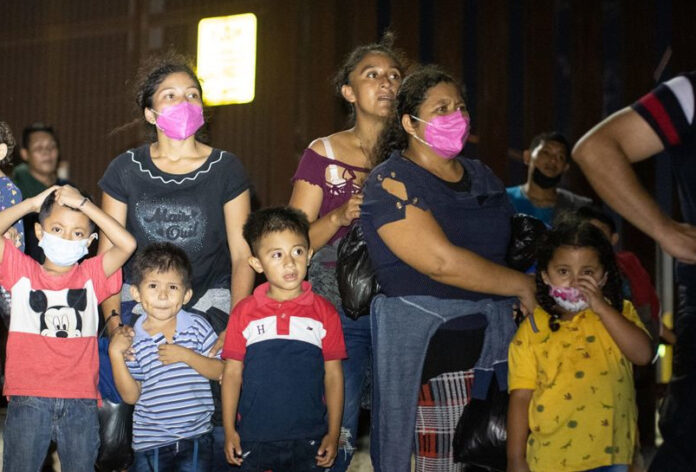 For over six months, Vice President Kamala Harris has been ignoring the issue at the southern border. She’s allowed the issue to get worse and worse as she has focused on finding out the root cause.

While in her quest to learn about the root cause for migration, hundreds of thousands of illegal immigrants have entered the U.S. Many have brought crime and COVID with them, too.

Well, the root cause has been found. It turns out that the VP could have made her job a lot easier by simply asking people why they decided to leave their home countries. After all, we need to know why they want to come to the U.S. if we want to prevent more from coming, right?

The Daily Caller News Foundation decided that it was time to find out what was causing people to pack up and leave. If people are willing to leave their homes and head to a new country without a guarantee that they are going to get in, there has to be a good reason, right?

Some of the issues that have caused people to migrate to the U.S. include the standard – natural disasters, crime, and a bad economy. Many feel as though they don’t have sufficient safety from crime and government tyranny.

More than not, many say that they were motivated by the change in administration within the U.S. They felt as though former President Donald Trump wasn’t welcoming toward immigrants. However, they feel as though Joe Biden is looking out for everyone’s safety – and he’s offering more opportunities to the migrants.

Do you hear that, Kamala? One of the top root causes for the reason the southern border is facing unprecedented numbers is because of the opportunities that Biden has extended to migrants.

It’s pretty easy to pack up and leave everything behind when you’re fairly confident that you can get in. Hundreds of thousands have entered the country this year – and many are even being relocated to various parts of the country on the federal government’s dime. It’s quite generous of the U.S., isn’t it? So, it’s no surprise that there’s been a mass migration issue.

Even though the root cause has been established, Harris isn’t doing anything about it. She’d rather hide in her office in DC and pretend as though she’s still doing research. She doesn’t want to put an end to the migration wave. Why would she? With the work of the Democratic Congress, it won’t be too much longer before they have all of the liberal voters they’ll need to stay in power forever.

It’s not just the generous opportunities, however. It’s also the natural disasters that have hit some of the Latin American countries. Honduras was hit hard by two hurricanes in 2020. With billions of dollars of damages, the country simply hasn’t been able to recover.

The U.S. could offer to help with rebuilding. However, that’s too hard to get congressional approval on. It’s easier to let them suffer to the point that they’re willing to slowly migrate to the U.S. Then, they can hop the border illegally and get the welcome wagon from the liberals.

So, we’re supposed to sit back and watch. We will watch as Kamala Harris continues to ignore the border crisis. We will continue to watch as more natural disasters drive hundreds of thousands of migrants to the southern border. And we’ll watch as the economy tanks because of the illegal immigration.

The Biden administration doesn’t think that we’ll sit back and watch forever, do they?