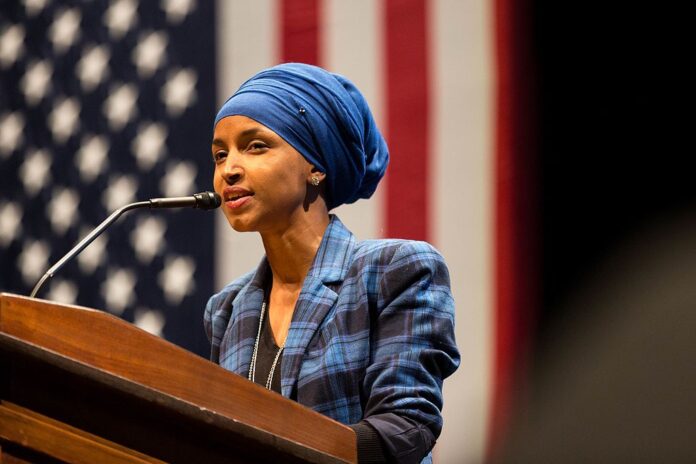 I don’t know anyone who, when they are called out over some comment, action, or belief, their first reaction isn’t to become a tad defensive. We are only human, after all.

However, most of us also take a moment to consider that our words or actions might have been wrong, unjust, or just hurtful to others. We also realize that no matter how justified we might feel in our decision, everyone is entitled to their own opinions.

Like most members of the House ‘squad,’ she has a habit of spouting off at the mouth in very public and very loud ways. As usual, that means a lot of bias and a lot of criticism.  And when that criticism is turned back on her, she’s outright dramatic.

Take a video she released in June, for example.

If you remember, that month included some very chaotic times for the nation of Israel and Hamas, including a volley of bombings between the two.

Naturally, as Omar is against both the U.S. and Israel, she sided with the terrorist organization of Hamas. Rather than condemning their unprovoked actions against Israel, she said they were no different than the U.S. or Israel.

She posted the video on Twitter along with the comment, “We must have the same level of accountability and justice for all victims of crimes against humanity. We have seen unthinkable atrocities committed by the U.S., Hamas, Israel, Afghanistan, and the Taliban.”

Now, as you can imagine, a lot of Americans didn’t exactly take this so well.

I mean, she just put our own nation and the one she is supposed to stand behind in the same horrifying category as not one but two known terrorist organizations.

As you can imagine, her fan mail wasn’t exactly booming after these anti-Semitic comments. In fact, quite the opposite. Unfortunately, she even received a few threats, including one voice message claiming that “Muslims are terrorists…. And every anti-American communist piece of s*** that works for her, I hope you get what’s f***ing coming for you.”

While I can certainly understand someone’s anger at Omar, I would never condone such words or sentiments.

What I do condone are the words of no less than 12 Democratic state representatives who acknowledged that the “United States and Israel are imperfect and, like all democracies, at times deserving of critique but false equivalencies give cover to terrorist groups.” Additionally, they “urged” Omar to “clarify her words” and consider not putting the U.S. and Israel “in the same category as Hamas and the Taliban.”

She didn’t, of course. In fact, she only doubled down and played the victim.

Instead of acknowledging that she may have taken things a bit far, she claimed she was constantly and unjustly receiving death threats. And she blames media outlets like FOX News and right-wing politicians for those.

She tweeted out, “Every time I speak out on human rights I am inundated with death threats.” And she later added, “This is incited directly by articles like this and far-right politicians like this. And it is enabled by a political culture – in both parties – that allows and often fuels Islamophobia.

She had a similar reaction to a more recent criticism of her words by the American Israel Public Affairs Committee or AIPAC, who has produced a series of Facebook ads in recent months targeting several Democratic leaders for their apparent hatred or dislike of Israel.

The ad targeting Omar reads, “For Ilhan Omar, there is no difference between America and the Taliban. Between Israel and Hamas. Between democracies and terrorists. Tell Rep. Omar: Condemn terrorists, not America.”

But of course, Omar sees this as nothing but another death threat.

In fact, she even said as much in a recent tweet, blaming AIPAC for risking her life.

As her communications director, Jeremy Slevin, wrote, “The language AIPAC uses in paid ads to smear and vilify (Omar) is virtually identical to the language used in death threats she gets. Make no mistake: AIPAC is putting Rep. Omar’s life at risk with repeated Islamophobic attack ads.”

Of course, as you can tell, there are “virtually” no similarities in the language, let alone the message put out.

As her leftist colleague, Alexandria Ocasio-Cortez, said last year, if one feels like they’re being “canceled” or threatened, “odds are… you’re just being challenged, held accountable, or unliked.”

And apparently, Omar doesn’t handle any of that very well.