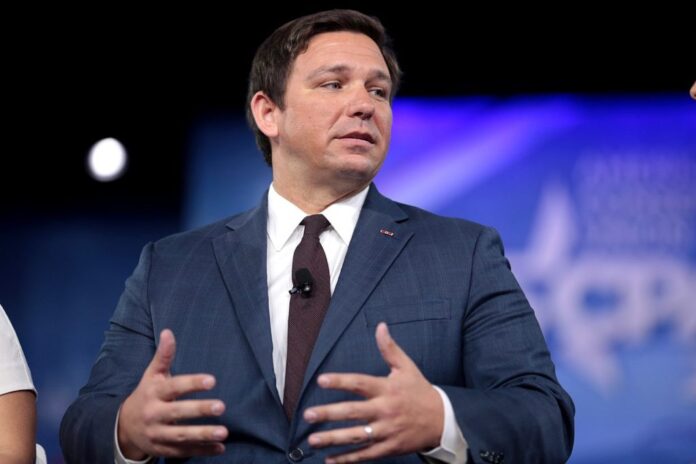 Florida is the one place that many people want to be during the Democratically controlled pandemic.

Governor DeSantis has mastered the virus by not over controlling people and what they can do. He has left local leadership the right to decide what is best for their region. His decision has led to the state remaining open and enjoying one of the nation’s lowest infection rates.

Joe Biden and his entourage of liberal demons cannot explain why a large state like Florida does not make people stay home. They cannot understand why DeSantis lets people roam freely and why he will not mandate mask-wearing like all the other liberal destroyed states. Their ability to think logically left them along time ago.

NEW: The Biden administration is considering whether to impose domestic travel restrictions, including on Florida, fearful that coronavirus mutations are threatening to reverse hard-fought progress on the pandemic. https://t.co/DoZO9pbV37

The left cannot determine the right way of doing things from the evidence sitting right before their eyes. Florida is open with a low infection rate, and the liberals what to tear into the governor and force him to follow what everyone else is doing.

They want him to model what Andrew Cuomo is doing.

After all, he is praised by the wacky left for the way he has handled the virus during the pandemic. But his efforts fell short and continue to harm people. The viral count is too high, and he killed thousands of elderly people. And he is the one that liberals want to see DeSantis copy.

The arrogance that liberals have towards their ability to control a virus is staggering. And what is equally concerning is their belief that people that do not act as crazy as they do are somehow racist and anti-American. The fact that they awarded and praised Cuomo for his disastrous handling of the virus only shows how crazy the liberals have become.

Biden and his fictitious doctor wife think they are the world’s experts on COVID-19. They tout and spout things about the virus that has no grounding in science. Biden’s wife acts like breathing fresh air is poisonous. And the entire time, they do not follow their own set rules.

Ron DeSantis decided over a year ago that his state of Florida would not become a media circus or gripping ground for the liberals to drool over. He made decisions that were best for Florida, and he has stuck by them despite the vicious attacks from Biden and his media henchmen.

Florida is doing better number-wise than any other state in the Union. The state has one of the most diverse populations; there is no set of rules that will work well. DeSantis knows that local governments need to make decisions for their regions, and everyone else needs to keep their noses out of their business.

Biden wants to nationally shame DeSantis and the state for not buying into the commotion of the left. He also wants to ban domestic travel between states, an illegal move for any governmental body to push.

The lunacy of Biden’s idea shows how far gone into crazy land he has progressed. The very thought of banning interstate travel is communistic.

The president’s focus is misplaced. He should be looking at states like California and New York that still have out of control infection rates. Even the beloved Cuomo has failed yet again to stop the wave of viral infections sweeping his territory. But Biden does not care because they are liberals. And in his eyes, liberals can do nothing wrong.

Biden and the rest of his demons are focusing on DeSantis for political reasons. The virus is not their primary concern. They know that if the Floridian governor makes a run for the White House in 2024, Biden and all other silly liberals are in significant trouble.

The goal is to stop him early on and make him out to be a criminal rather than a hero. If Biden bans travel, it will just motivate and empower DeSantis all the more. There will be a big fight in the courts. And knowing that it is illegal to ban interstate travel, DeSantis would win, and he would have significant firepower coming into a 2024 election cycle.