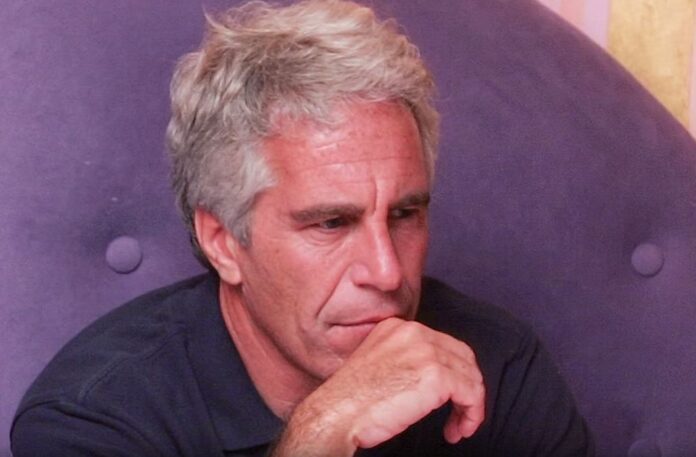 Jeffrey Epstein, the peddler of underage flesh to elite pedophiles, who didn’t kill himself, also didn’t work alone. Outside of his pimp-extraordinaire sidekick, Ghislaine Maxwell, Epstein had “people.”

Epstein’s hired hands lurked in the shadows and unless they had private business to conduct with someone, for all intents and purposes, they didn’t exist. Jeffrey who? Never heard of the guy.

Two of Epstein’s alleged shadows were Darren K. Indyke and Richard D. Khan. Prosecutors in the US Virgin Islands say these two were the orchestrators of Epstein’s criminal activities on his famed pedophile luring island reserved exclusively for the pleasure of wealthy perverted old white dudes.

As executors of Epstein’s estate, the two are accused of forcing three girls into marrying strangers to prevent their deportation. The girls had threatened to leave the island and spill the beans on Epstein, but since the bogus marriages gave them the legal right to remain where they were, they dropped off of immigration’s radar and remained captives.

Authorities say the two men had “direct participation in virtually all of the business operations and financial activities” on the island. Prosecutors described those activities in a recent court document as a “sex-trafficking scheme run by the now-dead financier.”

“Indyke and Kahn were, in short, the indispensable captains of Epstein’s criminal enterprise, roles for which they were richly rewarded,” said the prosecutors in their indictment.

The two shadowy figures conducted business for Epstein both on and off of the island. The team would go on hunting expeditions for young naive girls, generally from lower-income families to lure them to the island with false visions of grandeur. Some were as young a 13.

The filing states how Indyke and Kahn would entice their carefully selected new recruits “with promises to help them and their families pay for school, health care, or other financial needs.”

Filed in January 2020, the lawsuit sought to dissolve the entirety of Epstein’s estate. In addition to the two islands, prosecutors lost count of the number of phony shell accounts set up to divert attention away from what was actually taking place. One of the largest international sex-trafficking operations in the world had been thriving right under their Virgin Islanded suntanned noses.

In a recent press release, the US Justice Department made no bones concerning its stance on the matter. “The Government continues to allege Epstein anchored a criminal [enterprise], through which numerous young women and female children were trafficked, raped, sexually assaulted and held captive in the Virgin Islands at Epstein’s secluded private island, Little St. James.”

With regard to the three forced marriages, the indictment states, “The victims were coerced into participating in these arranged marriages, and understood that there would be consequences, including serious reputational and bodily harm if they refused to enter a marriage or attempted to end it.”

It further says, “In each instance, Indyke and Kahn knowingly facilitated the fraudulent and coerced marriages, performing and securing the legal and accounting work involved and enabling a fraud that would further bind Epstein’s victims to him and enable Epstein to continue to control and abuse these victims sexually.”

One can only imagine the horrid things these young have been subjected to at the hands of the lecherous old men who regularly frequented the island. While they will hopefully one day receive their just rewards, let us not forget one name. Ghislaine Maxwell.

While Maxwell is comfortably resting in her newly acquired digs in the Metropolitan Detention Center in Brooklyn’s Sunset Park, the lady has a book. And the book has names. And at this point in time with her former financier Epstein being dead and all, what’s a girl got to lose?

Keep hanging in there as thing further unfolds. Maxwell is bound to release Epstein’s client list in favor of shaving some time off of the thirty-year sentence she’s facing if convicted. And who knows whose name we’ll find scribbled in there…{cough}…Bill Clinton…