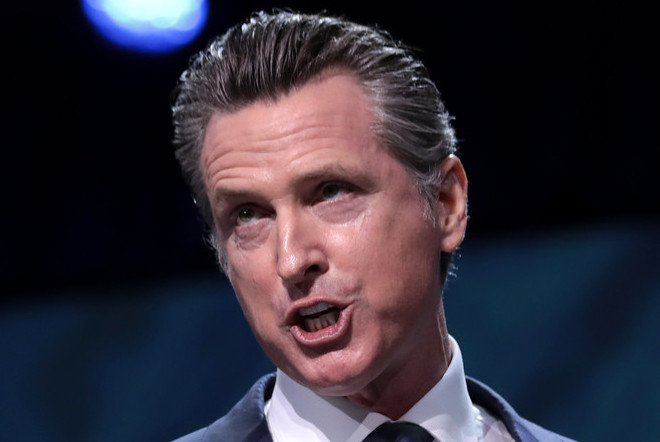 California has to make up its mind. Either they want to defund the police or they want to be protected from the crime. They can’t have both since the police are needed to provide protection.

Yet, that’s not going to stop Oakland from making ridiculous demands.

Carl Chan, the president of Oakland’s Chinatown Chamber of Commerce has called on Governor Newsom to declare a “state of emergency” on the crime wave that’s been hitting the city. A series of robberies and assaults have been hitting Chinatown within Oakland recently.

Newsom has already condemned Asian anti-hate crimes. He’s also included an “Asian Pacific Islander Equity budget” within his budget so that organizations in the Asian American community get the support that they need.

There’s a problem, though. Newsom has also been championing a criminal justice reform for over a year. As cities choose to call police officers racist, officers have chosen to resign or retire early. In other cities, the police departments are being defunded.

This criminal justice reform has shocked liberals because, somehow, they didn’t realize that it would fuel a statewide crime wave. Crime has been on the rise across the entire state – and it’s not just Oakland that feels that they need some protection.

In a letter to the governor, Chan has requested that Newsom not only declare a state of emergency but also send over state law enforcement authorities. Does Chan realize that would leave many cities ill-protected against crime? There’s no way to provide added patrol and officers in Oakland without putting other parts of the state at risk.

And who is to blame for this? Well, that would be Newsom and every other Democrat who thought it would be a good idea to call for defunding the police. And people really have the audacity to wonder why Newsom is being recalled…

The Oakland Police Department recently faced an $18 million cut from their police budget thanks to a liberal city council. To make matters worse, the city council made this cut as the crime was already skyrocketing. That made sense to them, and that’s what is wrong with California.

If Newsom were to declare a state of emergency because of the crime wave, a few things could happen. It would allow the governor to have additional power over how things are handled. Further, it can make it easier to seek federal funding to address the problem.

Why should California get any extra money when they are the ones that put themselves into this mess?

But, we have to remember that everything is political. California wants to have their cake and eat it, too. The Biden administration will probably support them, too. Nancy Pelosi has enough pull to get President Biden to do anything. So, CA might actually get federal assistance for a  problem they got themselves into while Texas will have to suffer in silence.

Ahh, gotta love that unity that Biden is always preaching about.