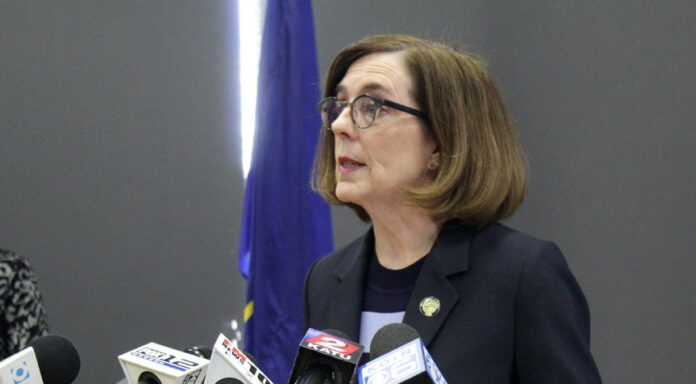 Why are there educational standards in the first place? Oh, it’s this crazy way of making sure that kids are getting their educational needs met. After all, we can’t have students advancing to higher grades if they can’t read, write, or handle basic mathematical equations.

Yet, none of that seems to matter in Oregon.

Oregon has completely abandoned the concept of proficiency standards for high school graduates. Don’t expect greatness coming out of the state in the next few years. The governor is fine with sending ill-prepared young adults into the world.

The liberal trash that’s running the state has decided that proficiency standards will be suspended for the next three years. Governor Kate Brown signed the bill into law on July 14. SB744 is being explained as “an opportunity to review our graduation requirements and make sure our assessments can truly assess all students’ learning.”

Apparently, the state of Oregon can’t figure out how to make assessments while also maintaining at least some basic academic standards for high school graduates.

The state is trying to take the lackluster defense that they’ve had a year and a half of disruption to the learning process because of the pandemic. Interesting…other states have had the same disruption, yet they’re not getting rid of academic standards because of it.

There was no real need for the disruption, either. The only reason that students in Oregon were as disrupted as they were is that the governor decided that she’d rule based on fear instead of science.

What is it really saying about Oregon’s public school system that they can’t ensure that students who graduate are capable of meeting some basic standards? Are students struggling that much to read, write, and do math at a basic level? It would seem so if it’s necessary to actually suspend the academic standards.

Today’s world is more competitive than ever. What are graduating seniors supposed to do when they get denied application to college or to a decent-paying job? Will they be able to use the fact that Oregon couldn’t bother to provide academic standards as an excuse?

No academic advisor is going to give Oregon students a free pass because they can’t read or do math on an acceptable level. The only thing that the governor is doing is setting up an entire generation of young adults to fail at life. She’s failing the entire state. And yet, the liberals of the state follow like good little sheep because all of them are derelict in their duties.

It’s easier to blame COVID for everything rather than to step up and do their jobs. Teaching is hard, we get it. Going to school in the middle of a pandemic is hard, too. But, it’s not okay to just give up on the students.

Oregon spends more per student than many other states – at around $11,920. That’s a lot of money for them to spend without the ability to maintain academic standards. They might as well turn around and give that money back to the parents. Then, there might actually be some teaching going on. Otherwise, graduates are likely to fall prey to unskilled labor – until they ultimately get replaced by machines.