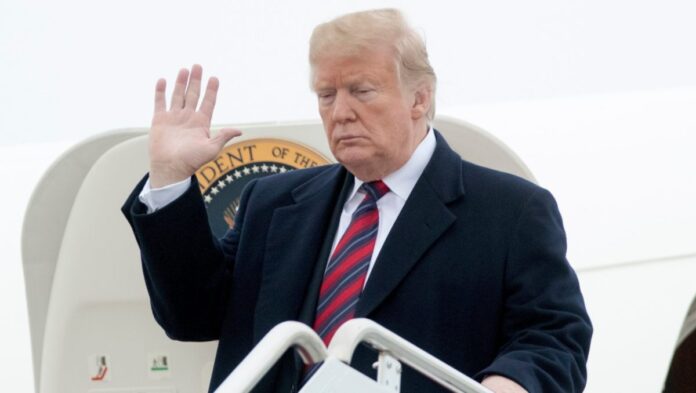 Do you remember back in January when the political left was so worried about Trump’s supporters making a play to attack the capitol on the day, now-President Joe Biden was sworn into office? It was assumed that they wouldn’t let the supposedly legitimate president be inaugurated. It was assumed violence was about to break out, possibly causing irreparable harm to our nation’s newest leaders.

And so, fences were put up in Washington. Barriers were created. Increased security was added to nearly every federal building, and even the National Guard was brought in by the thousands. There were so many guardsmen on duty, in fact, that they outnumbered even the number of soldiers overseas in nations like Afghanistan and Iraq fighting against terrorism.

Additionally, the Department of Homeland Security or DHS, prompted by liberals about to take over the White House, put out a bulletin or a warning, as you might call it, telling America to brace themselves for impending doom and violence from Donald Trump and all those who might support him.

And yet, Inauguration Day came and went without incident.

You’d think that would have given worried Democrats some measure of relief. Apparently, it did not, though, as nearly every month since then has been accompanied by at least one similar bulletin of warning from DHS.

The latest, put out earlier this month by ABC News, like the rest, alleges that the agency has seen an uptick in “activity online” that could mean forces are rallying to try and take back Donald Trump’s supposed throne.

It reads, “Some conspiracy theories associated with reinstating former President Trump have included calls for violence if desired outcomes are not realized.”

And it continues, inferring that these conspiracies are breaking out of the usual “conspiracy and extremist online communities” and into topics “of discussion on web forums, or more public web forums, and even within the sort of media ecosystem.”

The only problem is neither ABC News nor DHS seems to have any actual proof that plans are being made or a plot to overthrow our current leaders is “imminent.” Instead, just like the January bulletin, one sent out in May, another from right before the July 4th weekend, this one only seems to need the slightest chatter of insurrection to begin a whole new wave of fear that Trump and his supporters may retaliate.

As not one of the bulletins can seem to disprove, Trump supporters aren’t even looking for such retaliation.

All they have are conspiracies, which I’m sorry to say will always exist no matter who is president or what party holds the majority in our government. Unfortunately, there will always be those who are unhappy with the lot given to them, no matter how fair or unfair it might be. And so, they will seek to take matters into their own hands.

But what the political left has done is incorrectly assume that all Trump supporters and even all conservatives or Republicans are somehow part of these ‘racially or ethnically motivated violent extremist – white supremacist’ or RMVE-WS groups, as DHS likes to call them.

And clearly, the very idea that hundreds of thousands, if not millions, of these people, are on the loose and able to storm their current reign is rather frightening to them. Not that it will happen unless the current administration decides to go full-dictator mode on us.

Until then, we are law-abiding citizens. We may not like our current leaders or even think they were justly elected to office. However, as mama always told me, two wrongs don’t make a right. Taking the matter into our own hands isn’t going to solve the bigger issues at hand.

If DHS and the political left had any sense in their brains, they’d realize that. Then again, I bet if we look close enough, we’ll find they already know that. These warnings, just like the mask mandates, the social distancing, the lockdowns, etc., are just another way for them to try and keep us worried, afraid, and under their control.

Too bad we aren’t buying what they’re selling…