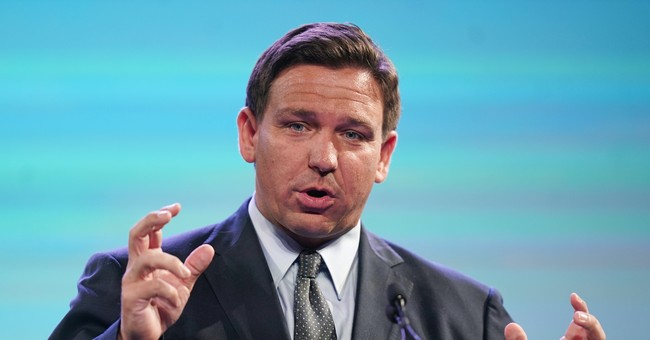 I wrote earlier about a story that went everywhere, helped by a CNN report, that four teachers had died from COVID within 24 hours in Broward County.

CNN then tried to hook it up to Florida Gov. Ron DeSantis and his ban on mandating masks, leaving it up to the parents to decide for their own children.

But as I noted, school hadn’t even started yet. It doesn’t start until August 18 there. So any teachers who got sick did it on vacation, on summer break, and it had nothing at all to do with mask mandates, no mask mandates, or the schools.

But there was another point I made — that people/journalists should have been questioning such a claim, to begin with. Because just on the face of it doesn’t sound true. It sounded like one more lie to try to hurt DeSantis with. I also asked had anyone actually determined the validity of the story, since all the media just seemed to be citing what the teacher’s union president said. How do we even know that was true?

Well, not to say I told ya so, but I told ya so. It wasn’t true and this was a major journalism fail here, in addition to the story being false.

The story had originally claimed three teachers and a teacher’s assistant had died within 24 hours of COVID.

Now media is backtracking on that story.

But they wouldn’t have had to backtrack if any of them had just done their job and double-checked what they were being told by the teacher’s union president, who made it clear that she had issues with DeSantis. No one thought they should check, particularly when it’s an interested party telling them this story? But the media doesn’t care, because they got the lie out there. The CNN hosts can shake their heads soberly and attack DeSantis, although he had nothing to do with it.

Meanwhile, it’s another example of how media is out of control pushing political narratives with no care as to actual truth, journalism, or their responsibilities to the public.