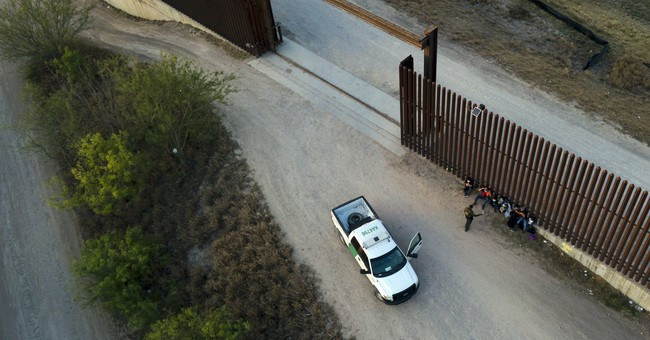 The Delta variant is causing a lot of people to fear going outdoors again. The Democrats have people twisted up in fear that it has become easy for the liberals to get the public to obey their demonic wishes. But the issue is not with the virus but about the hypocritical way the liberals are mandating the control. On one side, they are forcing Americans to mask up and stay home while letting thousands of untested and uncontrolled immigrants cross the southern border.

The problem with the illegals crossing the border is that many arrested have tested positive for the virus. And the Biden administration is doing nothing to protect America from the infiltration of the virus at the southern border. Biden has chosen to turn a blind eye to the issue.

But the issue has not been ignored by every politician. Republican doctors are coming together and demanding that something is done to stop the infection from coming over the border. They have written a letter to the Department of Homeland Security demanding that all migrants be tested before letting them cross over into the country.

Alejandro Mayorkas is the liberal running the Department of Homeland Security under forgetful Biden. It is highly doubtful that the terrorist will want to do anything about the issue. He likes the open border policy because it means his job is easy, and he does not have to go out of his way to do any work.

Brad Wenstrup is the Republican that penned the letter. The letter gets right to the point and demands that something is done to stop the one million and a growing number of migrants with COVID from being allowed into the country.

As our Southern border continues to be overwhelmed, thousands of migrants enter our country untested, spreading COVID-19.

The letter mentions that “When Americans consider the skyrocketing number of migrant apprehensions, many have rightfully expressed concern about the public health risk posed by thousands of migrants flooding across our borders every week without being tested for COVID-19. As an active group of physicians and health professionals, we certainly share this concern.”

It clearly states that all Americans are affected by the surge of infected people coming into the country, and it should be an issue for everyone. Joe Biden has turned his forgetful eye on the issue while at the same time hammering down on Americans to obey his mask mandates. But he lets illegals run free.

The letter went on to mention that “Moreover, we are deeply disturbed about the lack of transparency coming from the Biden Administration. Americans deserve to know whether migrants are being tested for COVID-19 at the border, and if they are not, why on Earth would this be the case?”

High-profile Republicans signed their name to the letter to give it special attention status. The citizens these people represent are concerned and demanding that safety precautions be taken to protect the country. Biden may care less about the country, but everyone else loves living with freedom.

Tom Homan is a retired Acting Immigration Enforcement Director. He noted that “98 percent of the people coming across the border into Texas, don’t stay in Texas. They’re being spread all through the United States. This account underscores the importance of testing all migrants who enter the United States as the movement of untested illegal immigrants around the country demonstrates a serious public health risk to our nation.”

But the concern is falling on deaf ears. Biden could care less about require illegals to show proof of negative testing before coming to the border. He could care less about making them wait until they have proven that they are not carrying the virus. All he wants to do is ruin American by giving the progressive party everything they want.

The letter went on to note that “COVID-19 is not going anywhere anytime soon, yet we have seen no meaningful or good faith effort from this Administration or the Department of Homeland Security to (DHS) to prioritize public safety.” But that does not mean that Biden and his border czar cannot be shipped out of office. Joe Biden does not work for the country. He works against it, and for that, he should be banned from living in exile.