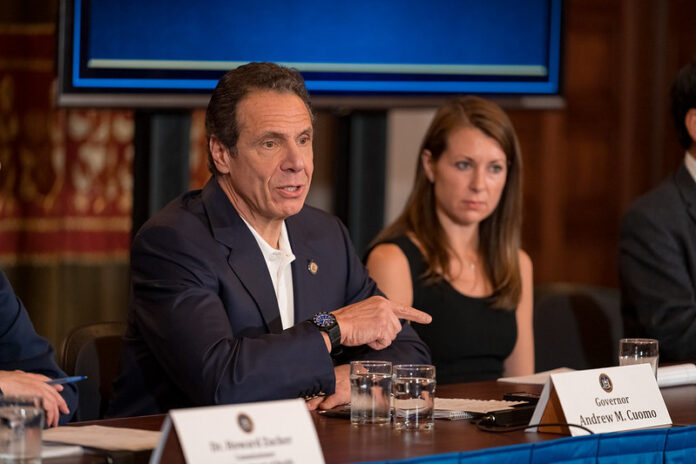 Andrew Cuomo has turned out to be the most crooked Democratic to roam free in the United States. His sexual misconduct accusations and deliberate killing of the elderly have proved once and for all that the Democrats are a violent and selfish party that cannot be trusted. His actions are those of a selfish man that sought money and power for himself. And now that he has betrayed the trust of all that know him, people are leaving his side one by one.

Melissa DeRosa is the latest liberal nut job to wander away from the sick governor. His perpetual sexual misconduct and women abuse has pushed people away from him. They cannot afford to be associated with the future felon any longer.

DeRosa cannot risk working for the demonic man. Too many women have fallen victim to his behavior. The pressure that his office is under for his resignation is more than his top aide can bear. His resignation is just one of many that are bound to take place.

DeRosa held a powerful position under Cuomo. She worked her way into that position over the past eight years. She had become the one person that the wrinkly old man could count on. As his top aide, DeRosa was in a position to make all his dreams come true. In essence, she was the brains behind the governor’s ideas and organization.

Andrew Cuomo is under pressure from just about every Democrat in the United States to resign. But his pride and arrogance keep him from sending it in. Deep down, he believes that he is the final authority and can do whatever he wants. He thinks that he can abuse women and get away with the crime.

DeRosa had to save face while she turned in her letter. She stated that “It has been the greatest honor of my life to serve the people of New York for the past 10 years. New Yorkers’ resilience, strength and optimism through the most difficult times has inspired me every day. Personally, the past two years have been emotionally and mentally trying. I am forever grateful for the opportunity to have worked with such talented and committed colleagues on behalf of our state.”

She does not mention Cuomo as being part of the talented people she had worked with. Reports show that she was the brains behind his organization and the reason why so many things seemed to work for the sex addict.

DeRosa was the one that wanted to see the entire file when Lindsay Boylan came forward with the sexual accusations against Cuomo. The problem is that DeRosa was so committed to the evil predator that her mission was to discredit Boylan by releasing the private files to the media so they could smear the victim and preserve the predator.

Her actions against Boylan were later deemed to be “constituted unlawful retaliation.” DeRosa’s god had been accused of sexual misconduct, and she could not believe her eyes.

But at the same time, it was also the one that revealed that Cuomo had doctored the COVID numbers. DeRosa is a typical Democrat that plays the field to her advantage. One moment she is on the predator’s side, and the next, she is trying to expose his corruption.

She would also attack Donald Trump because he would ask for a formal investigation into Cuomo’s dealings. DeRosa had other political aspirations that came to a grinding halt when her boss was revealed as a sexual predator. She needed him to stay in office so she could continue to damage his reputation just enough so she could make herself look good.

Ron Kim is another Democrat that was on the call made by DeRosa. And he stated that Cuomo had called and threatened him if he did not cover up for DeRosa. He could not have his top aide smeared to the ground. But deep down, she was buying her time so she could take the stage as a powerful player in the game that all Democrats love to play.