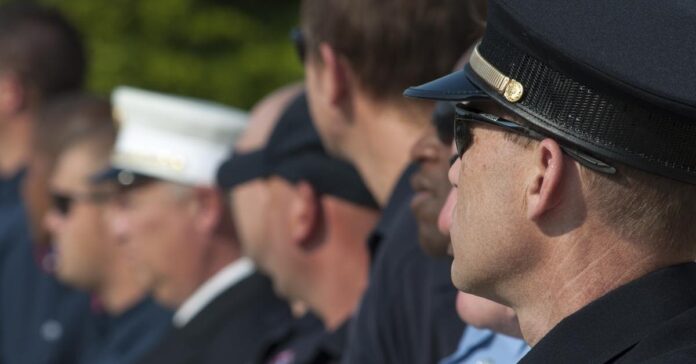 The Chicago Police Department suffered a devastating loss on Saturday night in the death of CPD office Ella French, 29. Officers are bracing for the possibility of another awful tragedy as they stand guard at the hospital where a second officer remains in critical condition after a routine traffic stop turned deadly.

French and her partner were engaged in a regular night on the job and had no indication that they were about to start fighting for their lives, but that didn’t stop the bullet that killed the 20-something police officer or the one that has her partner fighting for his life at the University of Chicago Medical Center.

What might have stopped those bullets though, is any indication from the Mayor’s office that she would stand behind her police force. It could have been a “regular day at the office” if there weren’t so much built-up animosity toward police that the murderer who killed French and critically wounded her partner didn’t feel like the opinion of police was so bad they may as well risk it.

Who knows what was going through the minds of CPD officers over the weekend, but whatever it was, it caused about 30 officers standing watch at the hospital to turn their backs to Chicago Mayor Lori Lightfoot when she stepped off the elevator and approached the group on the 7th floor of the hospital, according to the Chicago Sun-Times report.

“It looked like it had been choreographed,” a source told the outlet.

Was it choreographed It’s unlikely that we will ever know. But what we do know is that the male officer who is still fighting to hold onto life was a legacy office. His dad was also a Chicago police officer who is now retired, and he didn’t pull any punches when talking to the mayor, according to sources for the Sun-Times. The officers grieving father put the blame squarely on Lightfoot for what happened to his son and French, something many officers and conservatives nationwide would likely agree with.

To be fair to the officer’s family, they made it known beforehand that they did not wish for the mayor to visit, and she decided to visit anyway. She reportedly listened to the family’s comments, but released a statement to Fox News after the meeting that showed how very little stock she put in the grieving father’s concerns and how little she plans to do about the animosity toward police:

“In a time of tragedy, emotions run high and that is to be expected,” the statement from Lightfoot’s office said.” The Mayor spoke to a range of officers that tragic night and sensed the overwhelming sentiment was about concern for their fallen colleagues,” the statement read.

“As the Mayor stated yesterday, now is not the time for divisive and toxic rhetoric or reporting. This is a time for us to come together as a city. We have a common enemy and it is the conditions that breed the violence and the manifestations of violence, namely illegal guns, and gangs. The Mayor is focused on healing the wounds and will reject any and all that try to use this moment to drive further divisions in our city.”

It’s no wonder she received a chilly response from officers, however, considering her anti-police rhetoric, justification for rampant crime increases across the city, and insults leveled at officer’s beloved representatives.

While, thankfully, French was the only officer to lose her life over the weekend,  beginning Friday at 6 p.m. and ending at midnight Sunday, the Chicago Police Department recorded 54 shooting incidents which left 13 people dead and 73 injured. Lightfoot should count herself fortunate that the officers at the hospital hadn’t been listening to her Democrat buddies and “insisting that their voices be heard” because “people are dying” the same way furious liberals are apt to do. Turning their backs was a tame response for the facilitator of the deaths across the city.