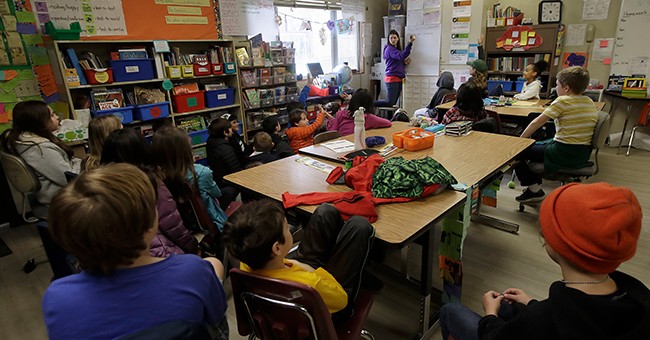 Given the pitched battles between angry parents and condescending, emotionless, stoned-faced school board members over critical race theory continuing across the country on a regular basis, this story falls somewhere in between “Try to control your shock and amazement” and “Flying Pigs Alert.”

As reported by Fox News, one school board blocked critical race theory in its classrooms this week; banning what the board defined as a “fatally flawed” ideology “based on false assumptions about the United States of America and its population.” I know, I had to read that twice, too. From a school board.

That’s not the “try to contain your shock and amazement” part. Where it happened is the headline.

Are you sitting down? OK, here we go.

The Paso Robles, California, Unified School District school board passed a resolution banning CRT indoctrination in a 4-3 vote, on Tuesday. California. Who knew?

“I find critical race theory to be just an absolutely disgustingly racist ideology that has been developed with the intention of really driving a wedge between various groups in America, various ethnic groups, and to use that to absolutely ruin our nation.”

Arends told Fox that even the trustees who voted against the ban opposed CRT.

The resolution also included a provision allowing teachers in Paso Robles schools to teach critical race theory only if they focus on its flaws, according to a school board resolution passed in Tuesday’s meeting.

Arends used an analogy about we teach kids about communism and fascism — without trying to convert students to those ideologies.

Excellent point. Teach kids the truth about CRT to vaccinate them against the cancerous contagion in academia. “It’s not really even an academic theory,” Arends told Fox. “It’s just a damn ideology, and it is the most divisive ideology we have now in the United States.”

Arends also issued a warning to parents of school-age children:

“Nobody anywhere in the country wants to have a course called ‘critical race theory’ for elementary school. This stuff will seep into the curriculum. It will seep in when the teachers start teaching that this country has always been racist, that racism is the way things get done.”

Needless to say, as I suggested at the top, the Paso Robles school board banning of CRT indoctrination is a rare exception in a sea of pitched battles across America — and California is among the hotbeds. As we reported in July, the Hayward, California, Unified School District’s board of trustees unanimously approved an “ethnic studies” program based on CRT.

Via an official press release from school board trustees:

By centering the stories, experiences, and perspectives of the groups mentioned, Ethnic Studies uses community content and pedagogy to educate students to be socially, politically, environmentally, and economically conscious of their personal connections to local and transnational histories.

The policy and efforts to develop an Ethnic Studies framework are informed by and will include Critical Race Theory and the Liberated Ethnic Studies Model Curriculum.

“It’s important that we teach our students of all ages about their ancestral legacies.”

And as I also reported in July, the Biden Administration promoted the radical “Abolitionist Teaching Network,” which pushes critical race theory, as part of Team Biden’s school reopening guidance.

Abolitionist Teaching Network “is dedicated to not creating new schools or reimagining schools, but destroying schools that do nothing but harm Black and brown children.

“If you don’t recognize that White supremacy is in everything we do, then we got a problem. I want us to be feared.”

A firestorm ensued when the “rest of the story” about the Abolitionist Teaching Network went viral on social media, forcing Team Biden to do what Democrats always do when they get caught with their hand in the radical-left cookie jar — they tried to lie their way out of it.

The White House insisted that the inclusion of the Abolitionist Teaching Network in the administration’s handy helpful tips for reopening schools handbook was a mistake. An oversight. It wasn’t supposed to make the final cut. Whatever. Bull hockey.

There’s a singular lesson to be learned by parents of school children, here, from all three stories: Pay attention to what your kids are being taught. I know, we used to be able to take for granted what our kids were being taught. We used to be able to trust that their teachers had our kids’ best interests at heart. Our school boards, as well. Most of all the overall intent of “all of the above.”

That ship has sailed.

Get involved. Attend school board meetings. Pay attention. Speak out.

Don’t end up in a situation where you regret not flying wingman for your children’s education.

If you’re of the mind to do so, hop over to my previous article and kick around Liz Cheney, a bit: Wyoming GOP Begins Throwing Liz Cheney Under the Bus in Classic Trumpian Style