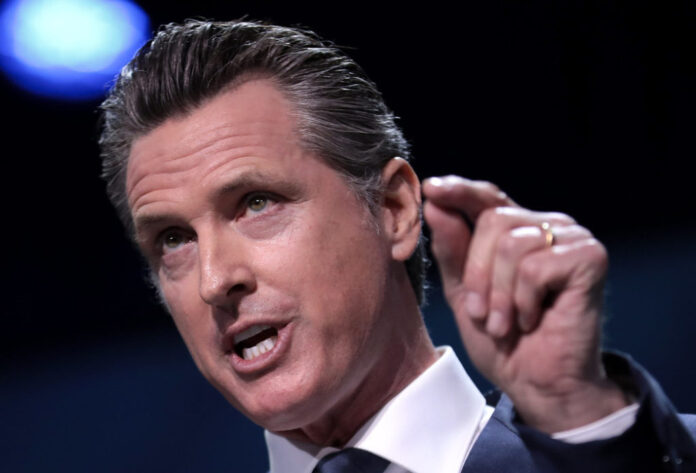 Gavin Newsom is terrible at governing people. He believes that he must rule with an iron fist to get people to follow his lead. He thinks the problems within the states are a result of the people living free. So, he looks for ways to take away their freedoms as a form of punishment for being Americans.

When the state faced wildfires two years ago, he blamed them on the people using their air conditioners and cut off their power until the fires were back under control. His office failed at maintaining the ground under the power lines, and that caused the fires. The trees had grown into the powerlines and caught fire.

The COVID virus gave him the opportunity he wanted to grab as much power as he could. He locked people in their homes and shut down essential businesses from providing basic services to people. The cascading effect was that people could not afford to pay their bills, and many would lose their homes.

And when those lockdowns were lifted, Newsom would impose them several more times and put Californians through a living nightmare as they fought to stay on top of things. And if repeated lockdowns were not enough of an insult, he was found disobeying the laws he set. It was at that moment that people decided they wanted to rid themselves of the nuisance Newsom.

California has a recall option in their laws that allow their nasty governors to be removed from office when they abuse the people with power grabs and tyrannical governing methods.

The process is relatively simple but challenging to execute. Several millions of voters must sign petitions to get a recall moving. There is a short amount of time that the signatures are rounded up and verified. For Newsom, this effort was painless because the people are sick and tired of his dictatorship.

Newsom is scared to death of the recall. He has gone out of his way to make it fail or seem like it has. But the people are not as stupid as he makes them out to be. Californians are tired of the way Newsom is putting himself first and the people last. And they know that it is time for him to go. His opposition is so stiff that the chances of him surviving the recall vote is next to zero.

Newsom’s support base has aided him in trying to lie about the recall effort. They have set up their fake polls, making it look like the nasty governor is still prevalent. But polls mean absolutely nothing when it comes to recalling a governor. Millions of people signed the petition to see the man removed, and that number has only grown.

Newsom’s opponents for the recall vote are calling attention to his mishandling of the newest COVID spikes. His methods of containment and control have only failed throughout the entire pandemic. And people do not want to relive those horrible moments with the new strain.

Many of the top issues that Newsom has failed to handle include the homeless problem, COVID issues, and high crime rates. But all three of these issues stem from the policies coming out of his office. High taxes and a failure to protect people from losing their homes during the pandemic have led to many families losing their homes. The high crime comes from Newsom’s belief that the police need to be defunded and prisoners need to be released from their cells.

And then, there are the illegal immigration issues that continue to threaten the state. California refuses to do anything about the open borders provided by Joe Biden. Newsom refuses to join with the other governors to build the wall and shut down the border. He is content to continue to let people flow into the state, which only leads to higher crimes.

Gavin Newsom is the worst thing to ever happen to the state. He wants to dictate what people can do and what they cannot do. And that is what is going to lead to his downfall, and recall him as the worst governor ever to serve Californians.