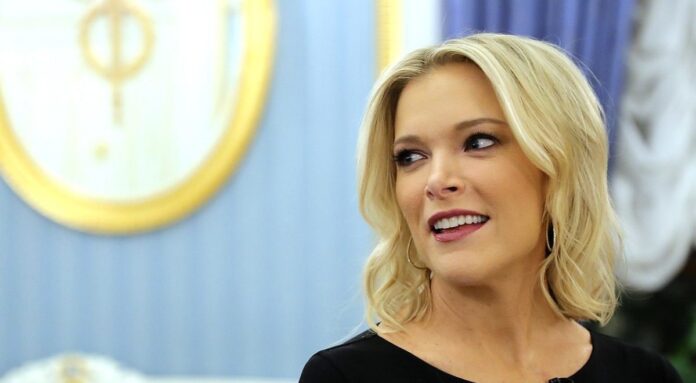 The league’s decision came after Dallas Mavericks owner Mark Cuban said on Wednesday that he had stopped playing the national anthem before home games this season and Kelly had a showstopping answer for sports fans: just do it anyway.

“… former Fox News anchor and current podcast host Megyn Kelly had a suggestion for patriotic fans of the Mavericks, and by extension, any fans whose team’s owners refused to play the anthem,” The Daily Wire reported.

Kelly tweeted, “Fans who still choose to attend should put their hands on their hearts and just start singing it. Now that would be a moment.”

Fans who still choose to attend should put their hands on their hearts and just start singing it. Now that would be a moment. https://t.co/TY6Ccl6zIs

The journalist’s comments came following a move last summer by the NBA that gave permission to teams that wanted to stop playing the national anthem.

At the time of that move, The Daily Mail noted, “The absence of the national anthem went unnoticed for 13 games in Dallas before it was reported because fans were banned due to COVID-19 guidelines … NBA commissioner Adam Silver had temporarily relaxed the anthem rules amid a wave of Black Lives Matter protests in the wake of the Minneapolis police killing of George Floyd on May 25.”

However, Cuban weighed in on Wednesday releasing the following statement:

“We respect and always have respected the passion people have for the anthem and our country. But we also loudly hear the voices of those who feel the anthem does not represent them. We feel that their voices need to be respected and heard, because they have not been. Going forward, our hope is that people will take the same passion they have for this issue and apply the same amount of energy to listen to those who feel differently from them. Only then can we move forward and have courageous conversations that move this country forward and find what unites us.“

The Daily Wire followed that statement with a report:

As noted by Tim Cato, who broke the story at The Athletic, Dallas’ anthem-snub is “the first instance we know of a pro sports team striking the U.S. anthem from the pre-game.”

“None of 13 preseason and regular-season games played at the American Airlines Center this season have featured the anthem before the game, including Monday’s game against the Minnesota Timberwolves, the first played this season with a limited amount of fans in attendance,” Cato reported. “The Mavericks did not publicize the anthem’s removal, and The Athletic was the first media organization to reach out about the change after noticing its absence on Monday. Multiple team employees described only noticing the anthem’s removal on their own, as it was also not announced or explained internally.”

Contrary to what Cuban might have you believe, the Mavs aren’t Dallas’s only sports team (they’re not even remotely the most well-loved) and his response to the national anthem caused the NHL’s Dallas Stars to release a statement of their own saying:

We have issued the following statement regarding the National Anthem. pic.twitter.com/7ZR7HXMW73

“The playing of the national anthem is a time-honored tradition and the Dallas Stars will continue to play the Star-Spangled Banner prior to our games at American Airlines Center. As the only National Hockey League team in Texas, we are proud to represent our state and our country.”

The NBA had their own thoughts on Cuban’s statement. According to The Daily Wire, The league’s chief communications officer announced:

NBA Chief Communications Officer Mike Bass: “With NBA teams now in the process of welcoming fans back into their arenas, all teams will play the national anthem in keeping with longstanding league policy.”

“With NBA teams now in the process of welcoming fans back into their arenas, all teams will play the national anthem in keeping with longstanding league policy.”