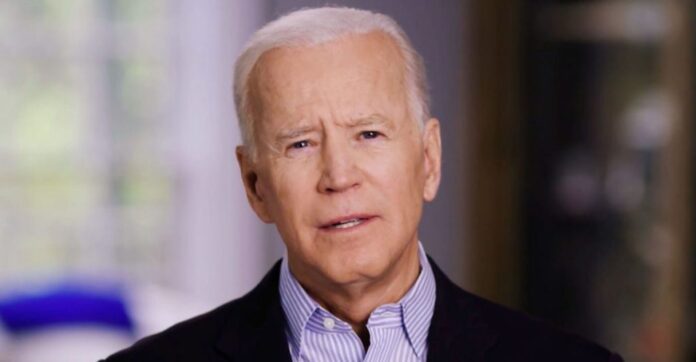 For a brief moment, Joe Biden remembered who he was before dementia started to take his life away. He remembered that he loves to sniff women and talk dirty to little girls. Old man Biden is back in business, at least until his mind slips back to crazy land.

His creepiness showed back up during a conference that both Biden and Harris were having with professionals in the healthcare industry. These professionals were working to administer the vaccine at the State Farm Stadium in Glendale, Arizona. Biden and Harris both received a virtual tour during their meeting, which is a joke because it was all done as a publicity stunt because of COVID-19.

During the meeting, Biden and a few doctors and nurses got together to go over how the vaccine was being administered. During the talk, Biden noticed one of the nurses and started talking to her a little bit more than the other people on the call. To say it got rather awkward is an understatement, according to Fox News.

Biden was involved in talking with the nurse’s boss when he came out and asked her how old she was. Biden asked Brittney Hayes, “Are you a freshman at the university?” Hayes had given the information on how the vaccine was being rolled out. Hayes stated that she was the head nurse in charge at the vaccination site.

Hayes tried to play down the conversation nervously, but Biden stated, “You look like a freshman!” She thanked the creepy old man as he laughed off his invasive words. These are the words of a predator and not a president. No man in their right mind would ever degrade a woman the way Biden was doing to this nurse.

Later on, in the conversation, Biden aimed at the woman that he could not sniff through the video call and said, “And you’re a – a nurse?” Hayes quickly went professional and stated that “I am, I’m a nurse. I’m an RN. I’ve been an RN for about nine years now.” At this moment, even Kamala Harris put a fake smile on to try and cover the sensual talk coming out of Biden’s sick mouth.

Biden to nurse: “Are you a freshman? … You look like a freshman.” pic.twitter.com/dWvueWXK8m

The media certainly did not rebuke the president for the way he was talking to this woman. They just dismissed the entire conversation as this is just the way Joe Biden acts towards women. They act like it is something that is acceptable.

This is just one of many videos where Joe Biden has crossed a line with women. No man would ever let another man talk to their wife or girlfriend about how Biden spoke to this innocent nurse. There would have been a fight over the integrity and honor of the lady being abused by the words of a sick old man.

Just about every time Joe Biden has been around younger women, he opens his mouth or moves his hands and violates their personal space. Biden even has a woman named Tara Reade that has come out and accused him of sexual assault. This story and more are ones that will never see the light of day in a media world controlled by Democrats.

The sniffing and touching president of the United States is an embarrassment. No self-respecting woman would ever want her daughter to be around a president that acted like a pervert in public or private. Joe Biden sits in a position of service that demands a certain amount of honorable character be present as he serves.

Donald Trump never once degraded women or men in such a way as Biden does now. Trump treated them with respect and honored them the way real men should. Joe Biden continues to prove that he is an old man with sick thoughts about women. He is not fit to serve as the president of the United States.