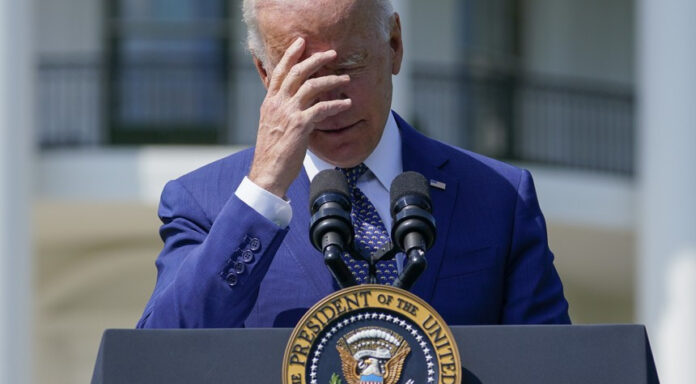 The sniffing sound has become a synonym with the name of Joe Biden. Every time the word is used or the sound is made, people start looking around for Biden. The creepy old man cannot find it within himself to stop sniffing people. And his favorite target of choice is young girls. For some strange reason, the old man cannot keep his runny nose out of their hair.

The sniffing syndrome that Biden has can show up at any time. He can be greeting people in the White House or simply at an award ceremony, and his nose will go to work. It starts by zeroing in on his target, and before long, he is standing next to the girl. And all he will need is an opportunity to bend over and sniff. He is sniffing the life right out of these young girls.

It is the stuff that nightmares are made of. An old man’s nose pressed into the hair of a young girl. And the sounds of terror ring out as the sniffing takes place. A parent alive would not be offended at an old man sniffing their child without permission.

But for some strange reason, Joe Biden thinks he can stick his nose wherever he wants and take a whiff. This time around, he was the Rose Garden honoring a Capitol Police and the Metro Police who came to the Capitol Building when several citizens decided to storm the doors and run through the building.

Pres. Biden speaks on bill awarding congressional medal to officers who defended the Capitol on Jan. 6.

In a strange twist of events, the president was talking about the Constitution and telling how he would start up another eviction moratorium ban which itself is a contradiction and assault on the right to private enterprise. Somewhere in the hustle and climax of the speech, Biden sees his next target.

His mind can’t help the sniffing action. Once he sees his target, he has to find a way of getting close enough to sniff away. The odd part of the gathering was that only the kids were wearing masks. The mask mandate seems to have been left on the shelf for this event.

New rule: Only kids need to wear masks outside pic.twitter.com/gyFgC8ldSO

During his moment of glory, the president starts starring in the direction of a small young girl. Any parent would have grabbed their child and left the area to keep the creepy old man from making their child feel uncomfortable or having to go through a traumatic event such as talking to Joe Biden.

Biden motions to the girl to come to his side as his nostrils start flaring in anticipation of the sniffing moment. The old man takes the girl and pulls her up into his lap. One can only imagine what he whispered into her ear before sticking his nose to her head.

The creepy moment was when the young girl seemingly pulls away from the president and seeks an escape route. The traumatic moment was enough to scare the little girl from ever trusting the old man ever again.

Biden spots a little girl out of the crowd, calls her over to sit on his lap, then tries to sniff her pic.twitter.com/0W0K4lADFL

Biden has been accused of the nasty behavior before and told officials to keep his nose to himself. He has even told people how he understands how uncomfortable it makes people feel. But that has not stopped his adulterous behavior. The only hair he should be sniffing is the hair of his creepy wife. But she is never around, which gives him ample opportunity to sniff away.

A few months earlier, Biden was found saying to a six-year-old that “I love those barrettes in your hair. Man, I’ll tell you what, look at her. She looks like she’s 19 years old sitting there like a little lady with her legs crossed.” If Biden were any other man, he would have been arrested for making suggestive comments to minors. His behavior is that of a pedophile seeking out his next victim.

Biden’s behavior is dangerous and betrays his wife’s trust. The things he says to other women and tiny girls are highly inappropriate. He needs to have an ankle bracelet tied to his leg to know where the crazy old man is and what he is doing. Parents owe it to their kids to keep the old man away from their children.