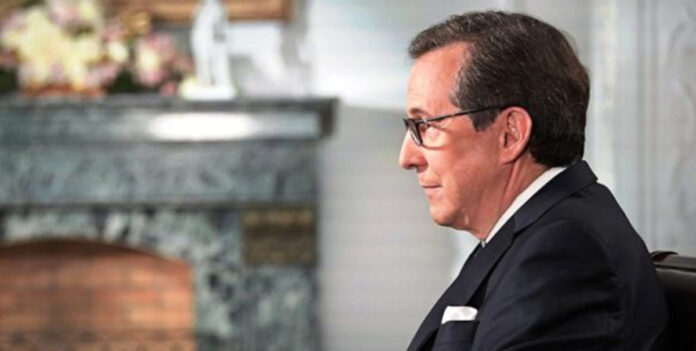 Fox News’ Chris Wallace put himself in the fake news column following his 2020 interview with former President Donald Trump, presidential election moderation, and then his coverage of the 2020 presidential election. Whether his position has always been far left, or he has slid that way more as time has gone on and conflict has increased.

However, it appears that Wallace has gone the way of Meghan Kelly in finding his home in the loving embrace of the left, growing in intensity as time goes on. This slide away from the center was displayed for all to see when he weighed in on the case against former President Donald Trump on the issue of impeachment.

“I thought it was a very powerful opening,” Wallace said. “It had a lot of substance to it. It had a lot of technological slickness to it. The video of the events of January 6. The use of graphics to make the point about what’s in the Constitution. The historical precedent. I thought what was particularly — in a legal, as opposed to the emotional side — the very strict legal argument, I thought … the congressman from Colorado made a particularly strong argument. What he did, he took a conservative legal philosophy — originalism, textualism, read the Constitution exactly as it was written, and use that against the president.”

Raskin and Neguse kicked off the ill-timed impeachment proceeding on Tuesday afternoon in the Senate, speaking on behalf of House Democrats who wanted the Senate to vote in favor of impeaching the former president.

According to Mediaite, Wallace said it might be hard to see how there could “be any argument on the other side” after hearing what the Democrats said in their opening arguments. The Fox News host went on to heap praise on Neguse.

“I thought his close was very strong,” Wallace said. “What happened on January 6, he said, [was] the framers’ worst nightmare come to life, and that a president can’t enflame insurrection and run away. You are going to hear this over and over again — a ‘January exception.’ The idea that a president [can’t] commit crimes, allegedly, and then leave office, and somehow he’s thereby off the hook.

“I will say one last thing as someone who’s covered a lot of trials,” he added. “When you hear one side’s argument it seems like that’s overwhelming — and how could there be any argument on the other side? The defense is going to take two hours now to present the reasons why this trial shouldn’t be held, and I’m sure they will make a lot of good points, too. So let’s just wait and listen.”

Check out the video here.

Wallace has all but dug his own grave with conservatives, making himself, and also his network, the laughing stock of a people that once revered what they promoted as gospel-like truth.

Fox rose to prominence at a time when many considered it an impossibility to received unbiased journalism from cable networks. They entered the homes of many Americans and eventually became a staple, with the promise of “fair and balanced” news coverage. And then the former president gained as much from their coverage of him as they did from talking about the presidential oddity.

The network took a huge hit when their CEO and some of their top stars were found to be guilty of inappropriate conduct, but they still outshined every other network, consistency.

In the weeks since the Nov 2020 presidential election, however, conservatives have begun to play a fun game where if you refresh the Fox News Facebook page, you can see them lose followers in real-time. That’s how far they’ve fallen, and it’s doubtful they will ever rise again.