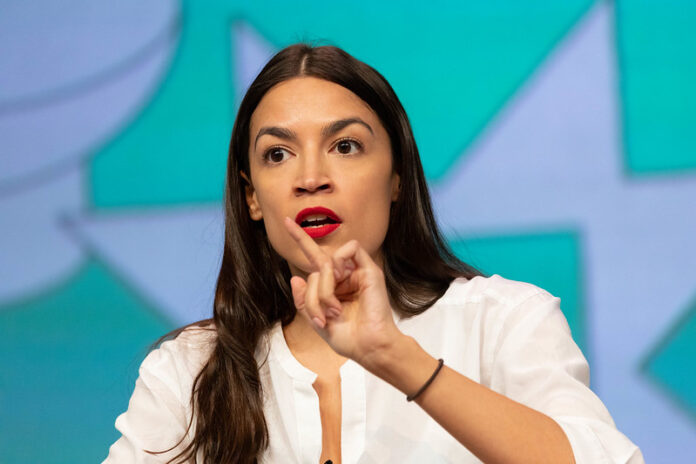 If you need a good example of hypocrisy today, boy, do I ever have one for you.

As we all know, mask mandates are making a comeback, particularly in liberally held places like Washington D.C., whether inside the Capitol complex or not. Apparently, there’s another variant of COVID-19 going around. And, of course, there are claims that it’s even worse than the first.

Naturally, science doesn’t necessarily back this up or the fact that masks actually help prevent the spread of COVID or any other disease. However, the political left is all in once again.

D.C.’s Mayor Muriel Bowser reinstated a mask mandate for the city on Saturday for all those indoors at public places, except while eating and drinking. And in the Capitol itself, House Speaker Nancy Pelosi had masks ordered as the daily attire for anyone entering House chambers from here on out.

Of course, it’s been federal policy since Democratic President Joe Biden took over the White House in January that all federal properties mandate masks. And so that means even outdoors on the Capitol grounds, arrests or fines can be expected should one not be wearing a mask.

However, for the liberal elite who have ordered and insist upon such mandates, regardless of vaccination status, it seems the same rules don’t apply.

On Monday morning, AOC took part in a protest at Capitol Hill demanding that the federal eviction moratorium be extended. The protest took place outside on the steps of the Hill, where masks are most certainly mandated.

Of course, cameras were rolling nearly the entire time, allowing AOC and others to publicize their First Amendment rights, which they did.

But for virtue-signaling AOC, it did much more than that.

I can’t stand the hypocrisy… the government is easily the worst part about this country in every facet, regardless of party https://t.co/CaEn2B9Amz

The New York representative stopped protesting for a wee bit to get her photo taken with other protesters while shouting, “housing is a human right.” The image clearly shows AOC is wearing her mandated mask.

However, as the video can attest to, the mask was only worn for the picture itself. The minute after the camera flashed, the congresswoman took her mask off. And to make matters even worse, the camera shows her not wearing a mask prior to the photo op either.

She simply put it on for a split second to signal to her fans that she was following her own party’s rules. Meanwhile, under the presumption that she was no longer being scrutinized, all rules fell to the wayside.

But don’t just take my word for it. Watch the video yourself.

I don’t see many masks or any social distancing whatsoever https://t.co/08HcfzLkN7

As you can see, no one else is wearing a mask either. But this only complicates things for AOC. If she had attended the outdoor protest, not wearing a mask, and likely with a bunch of other people who were also fully vaccinated, no one would have thought too much of it. Or at least AOC wouldn’t be put in the spotlight so much about it.

However, by choosing to don it for a photo op moment only, she points the finger at herself, proclaiming to the world what a hypocrite she is.

Of course, this isn’t exactly anything new to her. Just last week, on Wednesday, mere hours after Pelosi had her mask mandate reinstated in the Lower House, AOC was photographed walking through a hallway merely holding her mask, not wearing it.

But how can she be expected to follow the rules when those making them teach her that breaking them is part of Democrat protocol. Clearly, Nancy Pelosi has had her day in the sun about the issue.

EXCLUSIVE: Not 24 hours into the indoor mask mandate she imposed on DC, Muriel Bowser officiated an indoor wedding in Adams Morgan and stayed to fete with *hundreds* of fellow maskless guests. https://t.co/hY0Ji2zqnj

And now, D.C. Mayor Browser had too, as she was caught on camera this past weekend, not even 24 hours after issuing her mandate, at a wedding reception living it up without a mask.

Of course, the liberal city leader claims she was eating and drinking when the photo was taken, as she can plainly be seen seated at a table. And, it’s likely that she was at some point.

But as can also be seen by the table in the photograph, the meal is far past over. It’s merely party time, and Bowser nor any other of the couple hundred in attendance were wearing a mask. The Washington Post’s Glenn Kessler rightfully awarded Bowser “Four Pinocchios” for her epic display of hypocrisy.