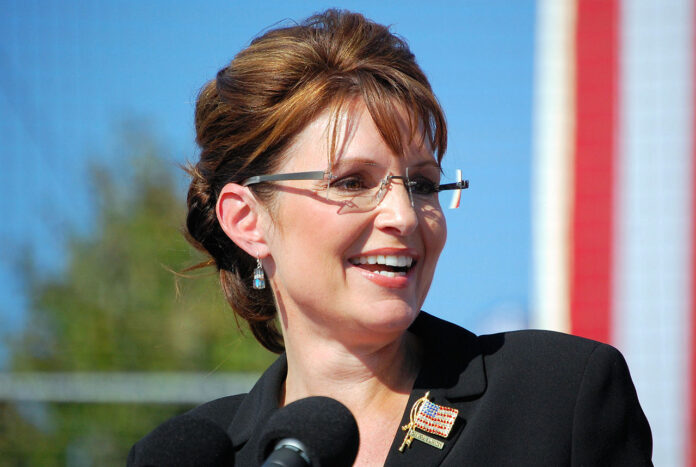 There are a few things you should know about the upcoming 2022 midterm elections. The first is that it’s going to be an incredible ride, with tons of controversy thrown in due to new election laws popping up all over. Second, this election could very well bring in and at the same time end an era of Democratic leadership in Washington.

Oh, and Sarah Palin might be making a comeback…

That’s right, the former governor of Alaska who ran as the late John McCain’s vice president in 2008 might be joining the list of those hoping to add their names to Congress in 2022.

Since her failed run at the White House, she’s been out of the political wing for a bit, at least in any official capacity. But that doesn’t mean she’s been out of the loop. In fact, she’s done fairly well at maintaining a very public presence, appearing on reality TV shows, and even teaming up with media outlets.

But now, she believes it might be time she enter the ring once more – this time running for current Republican Senator Lisa Murkowski’s seat.

While Murkowski is also a Republican and a moderate one at that, she has proved herself to not always side with conservative voters in the past year or so. Instead, she has actually voted against them and for the progressive agenda on more than one occasion.

Now, to be clear, one of the most admirable traits of any single member of Congress, at least to me, is that they are willing to see reason and do what is right for the country, no matter what side of the fence that puts them on. However, when you cross the fence just to appease a seemingly more powerful plan, as Murkowski has been known to do, you lose all credibility. Instead, you nothing more than the quintessential lying, saying whatever to gain for yourself type of politician.

Palin, on the other hand, has never been that type. In fact, she’s quite known for putting herself and her reputation on the line if it means voters are heard. Plus, she has an energy that seems to just pour out of her and is much needed if she takes on the swamp in Washington.

With that being said, a 2022 win for her is certainly not guaranteed.

For starters, Murkowski has no lack of support, it seems, in her home state.

In 2016, she easily won the Republican primary with 71 percent of the vote. And in the general election, which was rather crowded that year, she still managed to win 44 percent. Furthermore, when state Republicans grew frustrated with her earlier in her career, in 2010, she was somehow able to overpower them all with one single and rather successful write-in campaign.

Another thing to note is that Murkowski is not the only Republican or even female Republican to oppose Palin, should she run.

Enter Kelly Tshibaka. Tshibaka is a newcomer to the political stage and, as such, might not have much name cred at the moment. This lack thereof makes Palin “hesitant,” as she says she’s “been in politics all my life, up in Alaska, and I’d never heard of her.”

However, the newcomer might not necessarily need that, as former President Donald Trump and supposed kingmaker for both the 2022 and 2024 elections has already endorsed her.

Now, that’s not to say that attaching Trump’s name to just anyone will make them a winner. As we recently saw in a special election for the 6th Congressional District in Texas, sometimes experience means more.

Still, it’s an obstacle Palin will have to overcome if she decided to throw her hat in the ring. As for whether she actually will or not, she says it’s not up to her. According to USA Today, she recently spoke at a Christian conference, saying that, “If God wants me to do it, I will.”

Until the man upstairs decides or lets her know of his decision, the possibility of a Palin run only adds more interest to what could very well be one of the most controversial midterm elections of the modern era. Get your popcorn ready…