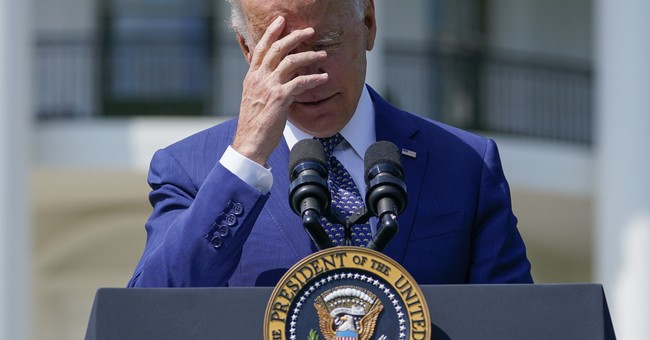 They’ve found it hard to come up with legitimate grievances so they even invented a scandal like the CBS hit piece on him.

When he absolutely destroyed Joe Biden in a response, they didn’t want to concentrate on that; they wanted to deflect from that. They tried to find deficiency in his delivery.

Really? So let me ask. How long has Joe Biden been “on the stage?” Since the invention of the wheel? He’s been on the national stage as a Senator since 1973. Can we talk about how now he isn’t even able to get through simple remarks with a teleprompter? Even with notecards? They really didn’t think this one through, because this surely isn’t what they wanted to bring out.

Then there was was this craziness as we reported, where Biden didn’t realize he had something on his chin, was passed a note telling him, wiped it off and appeared to eat it.

This is Joe Biden and it’s a frightening reality.

That’s just a couple of examples in the past week. There are so many more.

But the problem is that the liberal media isn’t interested in Biden’s issues, they’ve been doing everything they can to ignore the obvious dementia. The problem here isn’t so much the Democrats. Yes, they’re doing everything they can to grab power even if it means putting this guy with all his issues out there. Democrats should have cared more about their country but they didn’t. But it’s supposed to be the media’s job to “speak truth to power” and call this out to the attention of the world. Instead, while certainly we are calling it out, the liberal media act like Democratic operatives, doing all they can to skip over it or spin it away. That’s the biggest problem here.