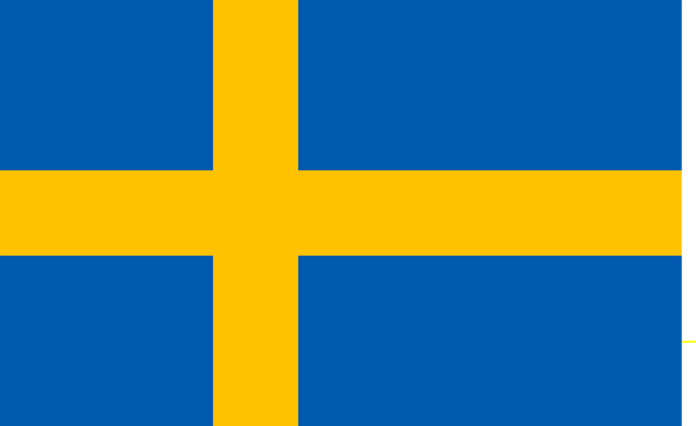 With its seemingly constant neutrality and Nordic model of economics, Sweden has been a major talking point for the political left for years. It seems they constantly point to the northern European nation as a nation we should model ourselves after.

Well, that is until lately. If there’s one thing about Sweden the left isn’t particularly fond of, it’s their rather lackadaisical approach to the COVID pandemic. While leftists in America led our nation into shutdowns, mask mandates, and extreme social distancing over the virus, Sweden has treated it as merely something to be aware of.

Instead of shutting down schools, businesses, and places of worship, they allowed everything to stay open. And I mean everything. What we called “non-essential” businesses in the early days of the pandemic, such as hair salons and gyms, were merely limited to somewhat smaller populations than normal.

Both indoor and outdoor activities continued, again with some population limits. Tourism in and out of their nation was still welcomed, merely requiring a negative COVID test upon entering Sweden. And masks weren’t even recommended, let alone enforced.

According to the nation’s COVID webpage, the nation’s officials remind everyone to “stay home if you’ve got symptoms,” “keep a distance to others,” and “avoid public transport if possible.”

No mention of shutting down subways, trains, or airports. No talk of masking up whenever in or out of doors. Hell, there isn’t even a huge push to get vaccinated.

Naturally, the nation has faced much criticism over the last year and a half because of this ‘lack of restrictions.’

According to the Guardian and a virus immunology researcher at the Karolinska Institute, one Cecelia Söderberg-Nauclér, Sweden’s response to the virus was “leading (the nation) into catastrophe.”

CBS pointed to Sweden as “an example of how not to handle COVID-19. Time said their handling of it was a “disaster.” And Knowable Magazine called their “COVID failure” a form of “ageism” just last month.

But was it really a failure?

I mean, here in the US and in nations all around the world who blasted Sweden for not taking the “right” response, it’s not like we came away unscathed while the European country nearly succumbed to the virus.

In fact, quite the opposite. While we pushed and prodded to change nearly every aspect of our lives, we still got the disease, people still died, and yes, the virus was still spread.

Now, that’s not to say that Sweden didn’t have any casualties of their own. But in comparison to ours, every shred of data says theirs was quite minimal for the most part.

For example, in February, research showed that the nation’s intensive care mortality rate was actually lower than that of nearly any other nation and certainly lower than anyone expected.

But that’s just not a recent or new development.

In fact, throughout the entire pandemic, their mortality rates have been significantly lower. As Reuters reported, in 2020, they only saw a 7.7 percent rise in deaths compared to the four years before. Countries like Belgium and Spain, which implemented strict lockdown measures, saw an increase in death by some 16.2 percent and 18.1 percent, respectively.

The outlet said, “Twenty one of the 30 countries with available statistics had higher excess mortality than Sweden.” Those were Denmark with just 1.5 percent, Finland with 1.0 percent, and Norway with a 0.0 percent increase in deaths.

Then, a couple of weeks ago, Sweden’s daily deaths from COVID finally reached zero – and has stayed there, according to the Foundation for Economic Education.

The US, on the other hand, is far from saying the same. And yet, according to the data, we have a much higher “fully vaccinated” rate. We have far more people per capita who have been double jabbed than Sweden, yet we are still seeing more cases and deaths.

And don’t even get me started on all the ways America’s economy has tanked since the pandemic, while Sweden’s still remains as active and healthy as ever.

So, no, I’d have to say that Sweden didn’t handle the COVID-19 virus too badly. And it certainly didn’t lead their nation into catastrophe. Instead of cowering in fear to the unknown, they treated it as something that, like any other virus our world has ever come into contact with, we can and will overcome.