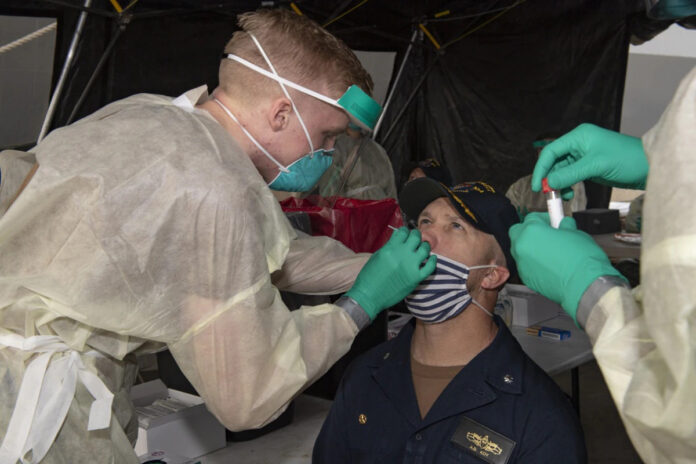 President Biden loves to make demands and order people around. He’s just not using any common sense when he does this.

The reigning liberal has already announced that federal workers who are not vaccinated will be punished. They will be subject to not only masking and social distancing but also mandatory weekly testing.

Now, Biden has also ordered the Pentagon to look at adding the COVID vaccine to the list of required inoculations for service members.

There are some important details that Biden seems to be forgetting with this order.

The vaccine still hasn’t received approval from the FDA. Each brand of vaccine can potentially provide different levels of protection. Oh, and let’s not forget that we may or may not need a booster.

There are too many questions looming around the vaccine to make it a required inoculation for those in the military.

Many service members who have yet to get the vaccine have expressed their concerns. Some have even gone as far as penning letters to military leaders that they’ll resign. How many members of the military is Biden willing to lose to make this kind of demand?

Talk of mandatory vaccinations for the military has been a hot topic since before Biden took office. And the president has kept quiet about his thoughts…until now.

The Department of Defense has been fielding questions left and right about why the COVID vaccine has been kept as a voluntary shot when there are so many others that are required for those who want to serve their country.

FDA approval. That’s what’s causing the hesitation. Yet, that doesn’t seem to mean anything to the Democrats. They just want to focus on getting everyone vaccinated – regardless of what the long-term effects may be.

Currently, the Pentagon doesn’t want to force it on the troops. At least, not until the FDA moves forward with approval. The only thing that they have done with the vaccine thus far is authorizing it for emergency use.

If Biden moves forward with his order, it could supersede that policy.

Where is Biden getting his information that it would be okay to mandate this vaccine? Is Dr. Fauci telling him to do it? The CDC? Oh, right…Biden loves to claim that he relies on science but he’s not so good on the whole transparency component of it all.

Biden has called COVID “an American tragedy.” However, he’s also putting words into our mouths. During a speech last week, Biden said, “Right now, too many people are dying or watching someone they love die and say if ‘I’d just got the vaccine.’”

He’s wrong. Right now, there aren’t many people dying. COVID is on the decline. Those who are dying have made their choice and have decided that they’re not getting the vaccine. No one is living in regret of their decisions.

Biden wants to take choice out of the equation. He wants to force the Pentagon’s hand by deciding that the COVID vaccine is mandatory without waiting for the FDA. He may be willing to live with that decision, but is he willing to lead a country if a significant number of service personnel leave because they’ve had their ability to choose taken away from them?