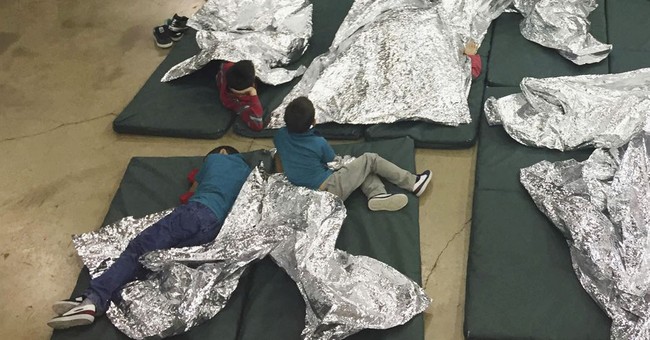 Based on new photos released today, conditions are outright inhumane at the Customs and Border Patrol (CBP) facility in Donna, Texas.

Despite the fact that the government has expanded facilities and sped up the processing of illegal aliens the system, the massive influx is still outpacing the ability to keep up, and the facility is attempting to deal with even more people than when the news shocked Americans in March.

In March, there were 4000 people packed into the holding pods/cages. Now, according to Fox, there are 5300 illegal aliens in custody at the facility, with between 40-60 people per pod. This is while COVID restrictions dictate that there should only be 10 people per pod.

So not only is Joe Biden failing to deal with the problem; he can’t even follow his own COVID restrictions here. No wonder so many detainees are getting sick.

On Thursday, more than 800 children were apprehended at the border, while 612 were released into HHS care. Overall, there was an 8% increase in UAC encounters between May and June, and a 25% increase of migrant family encounters.

It’s a disaster for the local communities in the Rio Grande Valley to have to deal with all this. People in McAllen, Texas have been begging the federal government for help.

Hidalgo County Judge Richard Cortez, a Democrat, revealed after being asked by Townhall the Biden administration not only has ignored his invitations to visit the Rio Grande Valley to see the border crisis firsthand, but the administration has completely ignored all their calls for further help.[….]

“I am extremely disappointed that we’ve received absolutely zero communication with them and I hope it changes very quickly because evidence [of] the problems that it’s causing for our community,”

It isn’t the City of McAllen’s and/or the local charities’ obligation to police these people. But the federal government has abrogated its responsibilities. The locals can’t force the illegal aliens to quarantine.

But it’s all okay, because they call them “pods” now instead of “cages.”