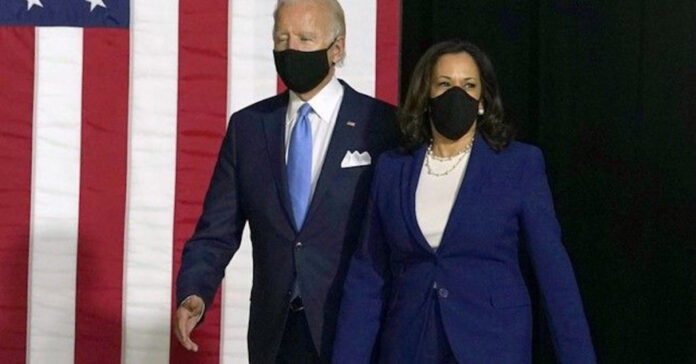 If anyone is unmoored from reality, it’s America’s modern-day Democratic Party.

To the depraved and crazed Maoists steering the ideological ship of radical “progressivism” up is down, down is up, left is right, and right is wrong.

Ensconced in their safe spaces, vegan coffee shops, and private jets en route to climate conferences the Illiberal Left is alien to reality and the lived experience of the millions of Americans that make up the majority of U.S. voters.

The left-wing radicals in the Biden Administration are now proposing the appointment of a “reality czar,” who will be in charge of determining what is true and what is false in public discourse. This individual would also be empowered to suppress “misinformation,” all in the best interests of “national unity.”

(Let’s put aside for a moment the fact that the term “czar” comes from the Russian word “tsar” meaning emperor, which itself derives from “Caesar,” as in Julius Caesar, a brutal dictator, and that the use of the “czar” title for unelected bureaucrats, popularized during the Obama Administration, has totalitarian roots and is fundamentally anti-democratic.)

The Left is now claiming that “millions of people have chosen to create their own version of reality” full of “hoaxes, lies and collective delusions” and that the newly created position of Reality Czar must arbitrate reality in order to “unite the country,” as Joe Biden has pledged to do.

The Left-Wing Mainstream Media has playacted at the position of Reality Czar for decades. Now the Dems want to make it official and appoint an unelected bureaucrat to make decisions on what is “true,” what is “false,” and who should be punished for not agreeing with the “truth.”

The concept of a Reality Czar is so anti-American that it boggles the mind.

Freedom of speech? Freedom of press? Protections against censorship? The Democrats would like nothing more than to replace the First Amendment with speech codes that promote their sick ideological agenda of Cultural Marxism and victimhood that pits Americans against each other.

“Truth and understanding are not such wares as to be monopolized,” once said John Milton, the poet, philosopher, and author of Paradise Lost (1667).

Indeed, the Democrats have lost the thread of truth that has empowered American Greatness for over 245 years.

The Democrats have complained about President Trump’s intermixing of truth and fiction and former counselor to the president Kellyanne Conway’s use of the term “alternative facts.” But their laments for the Death of Truth are nothing but crocodile tears: figures such as Barack Obama and Hillary Clinton, the latter especially, made of career of bald-faced reality-flipping lies that they forwarded as truth.

The Democrats have attacked with hammer tongs and tried to dynamite every single one of our country’s shared truths – our history, our communities, our civic duties, and our religion – and now they want to replace the Old Truth of the U.S. Constitution and the Gospel with the New Truth of the Radical Left Ideology, perpetual race war, and Cultural Marxism.

Liberalism is a mental disease. These people are sick and they must be crushed. Or institutionalized.

It is difficult to see how any benefits of an aspiring Reality Czar would outweigh the anti-democratic drawbacks.

Americans don’t need to be told by a failed bureaucrat what is “truth” and what is “fiction.”

Free speech is the keystone underpinning the strength of our Constitutional Republic and we must resist all efforts to tamper with it.