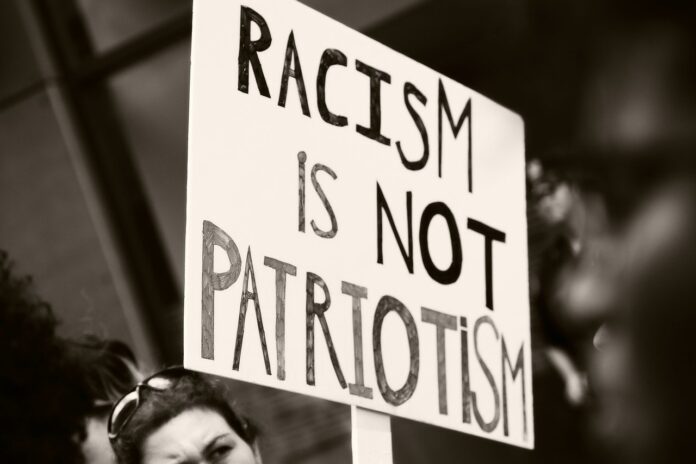 “If it’s in the New York Times you can count on it.” These words no longer ring true for the once-heralded newspaper that was once as trusted a household name as 20-Mule Team Borax and Frigidaire.

Donald Trump was the first public figure who openly dared to reveal the twist and turn game the iconic news source was playing. Previous to this, no public figure or politician, especially a sitting president, would have even considered crossing that sacred line. The Times would have made mincemeat out of them.

Since Trump started calling the Times out the one-time giants’ ratings have taken a staggering nosedive. But now the peddler of phony news has reached an entirely new level of mayhem, and it isn’t coming from the outside. This one is on the inside, and it’s up close and personal. And perhaps even racist. You be the judge and jury.

Top science writer Donald McNeil Jr. recently resigned from the Times after many years of faithful and unrelenting service, though “resigned” might be a misnomer. He was given but two options. Quit or get canned. Either way, he was going to be made an example of.

This all stemmed from a little known incident that took place two years ago while McNeil had been chaperoning some rich kids from a private high school on some overly expensive make-believe science trip to Peru.

One of the students inadvertently asked everyone if they thought it was fair of the school to have suspended one of their classmates for using the n-word. She had been seeking other student’s opinions and meant no ill-will.

Thinking the discussion might get out of hand, McNeil decided to field the question. But in doing so, he himself used the word, fully pronouncing both syllables. The incident was privately reported to the Times, and though his hire-ups deemed his judgment to have been lacking, it certainly wasn’t bad enough to warrant walking papers so the matter was put to bed.

Now, two years later, and never being one to let sleeping dogs lie, the “Daily Beast” caught wind of the long-passed incident and thrust it upon the public. In reference to McNeil’s sudden departure, Dean Baquet, the Times executive editor, responding to the stunned staff by saying, “We do not tolerate racist language regardless of intent.” Well…You kinda did for the past two years…

In a private Facebook group for employees of the Times, heated debates erupted. Award-winning crime and finance reporter Lawrence De Maria jumped in with scathing criticism of Baquet’s statement. “‘We do not tolerate racist language regardless of intent’ might be the most racist statement I’ve ever read,” he said. Adding how “It demeans ALL races.”

Nikole Hannah-Jones, a Times journalist who recently won a Pulitzer prize for the “1619 Project,” in 2016 wrote of a Black comedian’s routine performed at the White House Correspondent’s Dinner, “Larry Wilmore did not say, ‘You did it, my nigger.’” She followed up by saying how there is a “linguistic difference b/w nigger and nigga.” She defended the guy.

But things are different now and Hannah-Jones has taken the side of the Times. When the “Washington Free Beacon” asked her what the difference was between what she had written and what McNeil had said, she did something whacky.

Hannah-Jones responded to the reporters’ question by first tweeting out the question itself, then by following it with the reporters’ personal cell phone number. Twitter’s terms of service strictly prohibit this.

Veteran reporter Steven Greenhouse who gave three-decades of his life to the Times, said, “Whatever happened to the notion of worker solidarity … to giving a fellow worker the benefit of the doubt.’

“And why didn’t the NewsGuild do far more to defend and protect the job of a long-time Times employee, one who at times did tireless, heroic work on behalf of the Guild to help improve pay and conditions for all NYT employees?”

In Greenhouse’s view, Hannah-Jones, race reporter John Eligon, and every other staffer involved in the decision have lost focus of the priorities they once thought were important.

Greenhouse pointed out in the FB group how there were “far more willing to sympathize with these privileged 15- and 16-year-olds than with a long time colleague who has done much great work for the Times over the years.” Truer words have never been posted.

So bravo to the New York Times for the splendid show that did nothing to help curb racism, and everything to once again prove their blatant hypocrisy.

Thank you Donald Trump for having the fortitude to open our eyes. At least that’s one thing Joe Biden can’t take away.