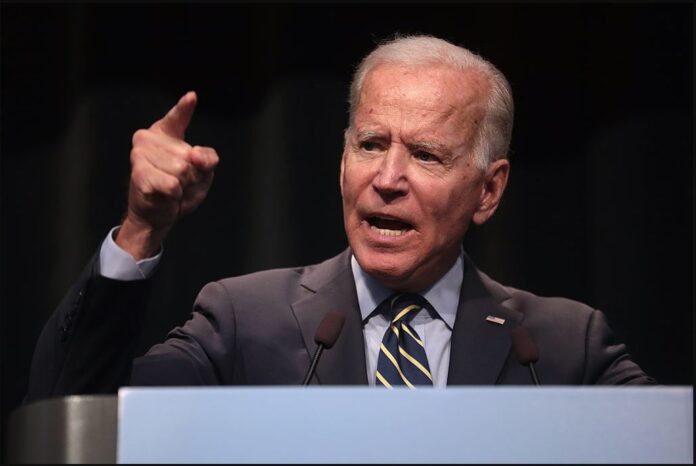 There are a number of politicians who seem to think that Twitter is some sort of safe space. They say whatever they want on there and act shocked when people do not care for such behavior. Walter Shaub, former director of the U.S. Office of Government Ethics during the Obama administration, decided to fire off some tweets that drew the ire of the current honcho.

He disapproves of the manner in which Biden is handling the release of his son’s book. That makes at least two of us. It’s absolutely ridiculous and you know it’s bad when Obama administration cronies are willing to call it out. Shaub may have tried to pull off a quick tweet and delete but a Washington Examiner reporter caught him in the act.

“It is not acceptable for the President of the United States to be part of the book promotion tour. No,” tweeted Shaub, a U.S. Office of Government Ethics former director under Obama. The tweet that was issued Sunday afternoon was deleted but not before the Washington Examiner viewed its contents.

Shaub also said it was “wonderful” that Hunter Biden, 51, was sharing his experience with addiction because it could help Hunter and other people fighting personal demons. But Shaub added the president’s comments regarding the memoir, Beautiful Things, were ethically compromised. There appears to have been other tweets by Shaub in the past 24 hours knocking Biden for the comments about his son’s book, but they were also erased,” reads the reporter’s account.

Shaub is telling the truth about Biden’s willingness to promote the book. There’s something that rings hollow about the whole thing. It comes across as being overly opportunistic. The only reason anyone cares about Hunter’s book is because of his last name. That’s it, that’s all. Joe cannot pretend otherwise and keep a straight face.

There are a lot of addicts out there with inspirational stories to tell. Why should Hunter be the only one who gets to score massive book deals and sit-downs with publishers? To be fair, Joe’s definitely been through a lot with his son and it showed during his Super Bowl interview.

“In a pre-Super Bowl interview with CBS News, Biden became visibly emotional when asked about his son’s tome, set to be released on April 6 by Gallery Books, a Simon & Schuster imprint.

“The honesty with which he stepped forward and talked about the problem, and the hope that — it gave me hope reading it. I mean, it was like, ‘My boy’s back.’ You know what I mean? Anyway, I’m sorry to get so personal,” Biden said,” according to the Examiner.

Parents everywhere can relate to the relief that he feels now that his son is starting to turn a corner. On the other hand, it’s not like Hunter is some young kid who is still trying to figure life out. He may have had his demons but he’s also a 51-year-old man. It’s not like he’s some teenager who fell in with the wrong crowd. Where is the accountability here?

The kid gloves treatment is sure to continue as well. The Bidens’ first White House interview was with the notoriously hard-hitting People magazine. Even they saw fit to ask about Hunter’s business dealings, though. “We’re going to run this like the Obama-Biden administration. No one in our family and extended family is going to be involved in any government undertaking or foreign policy. And nobody has an office in this place,” Joe replied.

This is not all that reassuring. That administration was known for allowing Hunter to hitch rides on Air Force One. This is when he established a number of his connections. We’re not sure how this was supposed to assuage anyone’s fears but Joe said it anyway. He couldn’t resist throwing a little shade at Ivanka, too. This is the party that claims to want to heal the nation and come together, though.