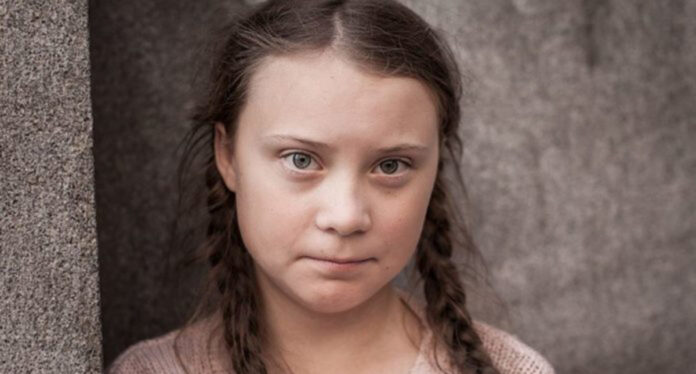 Swedish teen and environmental activist Greta Thunberg, also known as the world’s unhappiest child, has long been assumed to be taking orders from someone, whether that be her parents or some group that the family has gotten involved with in recent years.

Sure, the youngster and family claim to be doing it all in the name of love for our planet and the need to make Earth last a bit longer for future generations. However, what may have begun with good intentions has somehow been turned into a rather unholy war against numerous industries and even entire nations.

And a recent post from the young activist only seems to confirm it.

On Wednesday, Thunberg posted a few documents to her Twitter account, which isn’t all that abnormal for her. However, these documents appear to be part of a “toolkit” to help support the recent and violent anti-government protests in India.

In addition, the documents seem to be giving Greta orders on what to say and post in regards to the rather sensitive world issue.

Of course, once Greta’s mistake was realized, she quickly deleted it and put up a post saying that the previous documents were “outdated” and therefore removed. She even offered a new document that is supposed to be an updated toolkit.

Here’s an updated toolkit by people on the ground in India if you want to help. (They removed their previous document as it was outdated.)#StandWithFarmers #FarmersProtesthttps://t.co/ZGEcMwHUNL

However, not too many on social media are buying her attempted cover-up by the looks of things.

LMAO, the people behind you have been totally exposed as racist liars. That’s why you deleted your last tweet.

You are also outdated now….

Naturally, the Indian government isn’t taking too kindly to the idea that Greta has been given orders to support their demise and ruin.

In fact, the government has even launched a criminal conspiracy investigative probe into Thunberg, or at least the creators of her orders.

According to NDTV in India, police officials in Delhi have confirmed just that. The probe isn’t necessarily aimed at Thunberg or her family. Instead, they are after whoever created the accidentally leaked documents.

Additionally, they are apparently ‘quite serious’ about solving this problem. The government has even gone so far as to label the documents as suspected “overseas conspiracy.”

NDTV reported Delhi Police Special Commissioner Praveer Ranjan saying, “Delhi Police has taken cognizance of a toolkit document on a social media handle that predates and indicates a copycat execution of a conspiracy behind the January 26 violence. The call was to wage economic, social, cultural and regional war against India.”

Another charge being considered is “sedition,” according to Ranjan, who talked about the possibility of religious and ethnic conflicts being at the heart of the situation.

It is uncertain at this point just how Greta herself is involved with the alleged conspiracy.

According to her demeanor on social media, she acts as though nothing is much the matter. In fact, she’s even been so bold as to make several new posts about the protests going on in the Asian nation, making sure to mention her support of “peaceful protest.”

I still #StandWithFarmers and support their peaceful protest.
No amount of hate, threats or violations of human rights will ever change that. #FarmersProtest

She wrote on Thursday, “I still #StandWithFarmers and support their peaceful protest. No amount of hate, threats or violations of human rights will ever change that.”

But if India is taking this as seriously as they say, she may find herself at the heart of the matter and in handcuffs. Clearly, the protests haven’t been all that peaceful, much like those here at home who claim to be. Yet, as leftist politicians have in the US, Greta has continued to support and offer “toolkits” to those doing the protesting.

Maybe India will be able to take a more rigid stance on the punishment of such behavior if they don’t get bogged down by the politics of such actions and the unnecessary want to woke all the time.

This may also incite other nations to look at similar recent protests to draw any connections to Thunberg and her activism.  And as Greta is now 18 and an adult in many countries, she may not find nearly so much sympathy or compassion as her so-called endearing childhood endeavors of the past gave her.