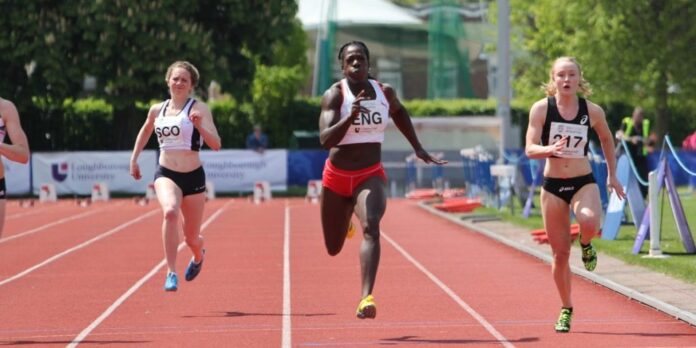 The American Civil Liberties Union is once again being roasted for their ludicrously progressive take on a seemingly idiot-proof issue affecting the American people.

The nonprofit kicked off the affront to science by talking about those who identify as transgender being able to compete in whatever gender sports they see fit. The group is addressing the debate that has been raging surrounding males who identify as females competing with females in the sports arena.

“Attacks on trans youth in sports are showing up in dozens of state legislatures nationwide,” the Twitter thread begins. “These bans are discriminatory, harmful, and unscientific.”

The ACLU went on to expound on the idea that, “trans girls are girls,” and that the entire construct of gender being rooted in biology is a “myth.”

“There is no one way for our bodies to be,” they wrote. “Women, including women who are transgender, intersex, or disabled, have a range of different physical characteristics. Biological sex and gender are not binaries. There are no set hormone ranges, body parts, or chromosomes that all people of a particular sex or gender have.”

The group went on to “bust” two more “myths” surrounding gender dysmorphia, saying that claiming it’s a blatant mistruth that biological males have an unfair advantage when competing against biological females, even being dangerous in some cases.

FACT THREE: Including trans athletes will benefit everyone. pic.twitter.com/H0Fpt8xb4X

“Trans athletes do not have an unfair advantage in sports,” they asserted. “Trans athletes vary in athletic ability just like cisgender athletes. In many states, the very same cis girls who have claimed that trans athletes have an ‘unfair’ advantage have consistently performed as well as or better than transgender competitors.”

The ACLU assured it’s followers that “including trans athletes will benefit everyone.” Far worse, they claimed, would be to exclude trans women from women’s sports because it would hurt all women. “It invites gender policing that could subject any woman to invasive tests and accusations of being ‘too masculine’ or ‘too good’ at their sport to be a ‘real’ woman.”

In their attack on women number four, the ACLU took on the plan of “trans” students being placed on their own team, which was an idea floated by NFL defensive end Marcellus Wiley.

“Trans people, like all people, may experience detrimental effects to their physical and emotional wellbeing when they are pushed out of affirming spaces and communities,” they argued. “Efforts to exclude subsets of girls from sports can undermine team unity. And youth derive the most benefits from athletics when they are exposed to caring environments where teammates are supported by each other and by coaches.”

Their campaign also included a petition that explained how various states are pushing for a ban on those born men competing on women’s sports teams.

Say it with us: Trans people belong EVERYWHERE — including on sports teams. https://t.co/3e7Or90lZ5

“Transgender people have the right to participate in sports consistent with who they are, just like anyone. Denying this right is pure discrimination,” the petition reads in part.

The ACLU’s efforts were met with extreme derision by the more critical thinking in the Twittersphere:

“Lol, literally none of these are facts by definition,” said one responder.

“Here’s a real fact: this is your opinion. Not a fact,” said another. “You have not convinced me with evidence, science or real facts. Just stating something doesn’t make it true. You have to back it up. That’s how an argument works.

A few others decided to take their own oh-so-progressive format to use against them:

Myth: ACLU is an organization of highly educated and highly intelligent individuals.

FACT: ACLU is the latest organization to pander to transgender people while being blissfully ignorant of science and real facts just to score social brownie points with the LGBTQ Community.

“Myth: ACLU is an organization of highly educated and highly intelligent individuals.

“FACT: ACLU is the latest organization to pander to transgender people while being blissfully ignorant of science and real facts just to score social brownie points with the LGBTQ Community.”

FACT FOUR: Boy, oh boy, umm, I mean, persxn, oh persxn, the @ACLU is the worst. Who’s civil liberties do they actually protect? Surely not mine.

This is perfect. I just signed up for a women’s tennis tournament bc I can’t win at mens tournaments. I decided today that I identify as a woman and want to play women’s tennis instead. Thanks for allowing this!!!!

“This is perfect.  I just signed up for a women’s tennis tournament bc I can’t win at mens tournaments.   I decided today that I identify as a woman and want to play women’s tennis instead.   Thanks for allowing this!!!!” said another.

Even some of the most compassionate toward the transgender were frustrated at the idea of mixing genders in sports:

“The physical and emotional wellbeing of transgender individuals can not come at the expense of the same for the rest of society. Transgender athletes can compete with their biological cohort or they can find another activity to bring themselves health and happiness.”