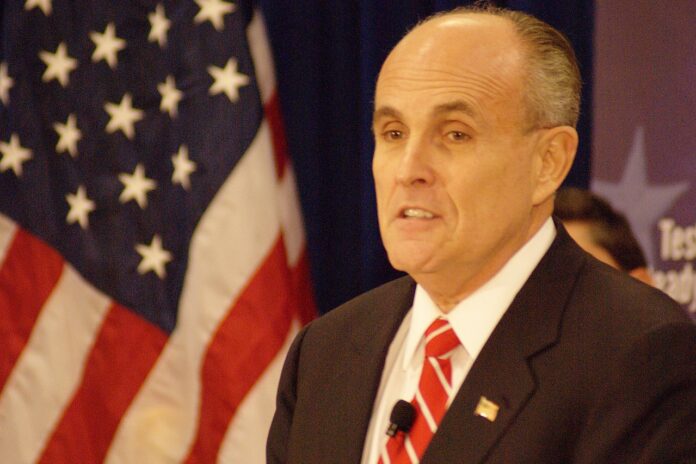 Rudy Giuliani, the former New York City Mayor and lawyer for former President Donald Trump, pleaded that he “committed no crime.” And Giuliani also said that he is “more than willing to go to jail” if he is convicted in an NBC News New York interview Friday.

A number of the former mayor’s electronics and personnel phones were taken by federal prosecutors in an April 28th raid on his home. They came with an accusation that he violated the Foreign Agents Registration Act (FARA). This act requires a government agent who is engaging in foreign political activities to file paperwork for the Justice Department.

Rudy declared, “I committed no crime, and if you think I committed a crime, you’re probably really stupid because you don’t know who I am.” Giuliani continued, “Is the guy who put the mafia in jail, terrorists in jail, Ed Koch’s commissioners in jail, and the worst people on Wall Street—I’m not going to file (a form)? I mean, that’s just crazy.”

Then Giuliani doubled down saying, “I am more than willing to go to jail if they want to put me in jail. And if they do, they’re going to suffer the consequences in heaven. I’m not, I didn’t do anything wrong.”

When asked why he would be willing to go to jail if he is not guilty, Giuliani replied, “Because they lie, they cheat.” He alleges that Democrats accused of serious wrongdoing, including New York Gov. Andrew Cuomo, had been given lenient treatment.

The former NYC mayor has been a focus of a federal investigation since his business associates Lev Parnas and Igor Fruman were arrested in October of 2019. They both helped Giuliani investigate President Joe Biden’s activities in Ukraine.

In his defense, Rudy talked about an alleged double standard of his investigation in comparison to New York Gov. Andrew Cuomo’s nursing home scandal, according to NBC New York.

“When you see the differences between the way Cuomo was treated and the way I’m treated, and you don’t realize there’s a very, very terrible distortion of justice,” Giuliani said.

After Giuliani’s home was raided, he told Daily Caller’s founder, Tucker Carlson, on Fox News that the evidence proves that he and Trump “are innocent.” Rudy also noted that the prosecutors chose not to seize Hunter Biden’s hard drives which he claimed, “fall within the scope of subpoena.”

Giuliani explained, “Hunter Biden’s hard drives fall within the scope of subpoena. The subpoena required them to take all of the electronics. But they decided to leave that out,” he said. “I can tell you, I never represented a foreign national. In fact, I have in my contracts, a refusal to do it because, from the time I got out of being mayor, I did not want to lobby.”

Giuliani was also asked about his speech to Trump supporters that he delivered just before the Capitol riot.

He said some rioters had broken the law, but he rejected claims that he had helped incite the violence and rejected comparisons between the attack and 9/11.

Giuliani also took time to address claims that his legacy had been tainted because of the time he spent working for former President Trump.

“I believe I will be vindicated,” he said with the confidence of a man who has committed “no crime.”