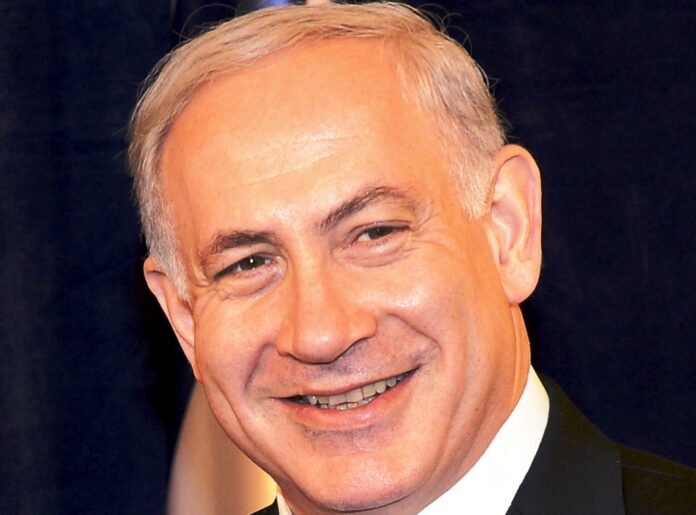 With elections in Israel only six weeks away and hundreds of sign-carrying protestors outside, Prime Minister Benjamin Netanyahu walked out of his trial for corruption hoping for a three to four-month delay before any evidence that could potentially be used against him can be presented.

The trial, being held at the Jerusalem District Court, has already experienced several delays due to the severity of the pandemic. The initial phases of Netanyahu’s corruption phase are focused on the responses of him and other alleged defendants to the indictments themselves.

The trial was almost over before it began when Netanyahu formally denied every single charge levied against him. Roughly 20 minutes into his defense team’s discussions with the presiding judge, and because he had nothing personally to say, the prime minister politely asked for permission to leave the courthouse, and it was granted.

With this, he thanked the bench and exited the heavily guarded building. Once outside Netanyahu brushed the throngs of eagerly awaiting reporters to the side without uttering a word. Nor did he choose to make an online statement later that day. Mum’s the word.

The hearing went on for another four hours without him as the remaining politicians and lawyers argued amongst themselves, and with the judge, over a suitable timetable for allowing evidence, if a delay was granted at all. As these things tend to go, no immediate decision was reached.

The debate is whether or not to allow the evidence stage to take place prior to Israel’s upcoming March 23 election. The other catch is that because the future hearings are expected to consume three solid days a week until a verdict is reached, which could take months, to what extent will Netanyahu be expected to be in attendance? After all, at least for the time being, the guy has a country to run.

Every single defendant’s lawyer agrees they need time. The allegations are of such a large scale that to waltz into a rushed evidence stage unprepared would mean certain suicide for Netanyahu and his cohorts. The lawyers also agree that three or four months down the stone walkway will give them ample time to prepare their solid defenses.

The judges have not made clear whether they will approve the request for the delay except to say they would kick the idea around. But only after one more hearing which would expressly need to involve the approval of upcoming criminal probes by Attorney General Avichai Mandelblit.

The defense has tried to worm out of the case by saying how the lack of any formal written approval by Mandelblit for initiating probes into the criminal allegations discredits the multiple cases. They should therefore be tossed into the River Jordan. Nobody cares. Quit wasting everyone’s time and money on nonsense.

It should only be a matter of days before the court reaches its decision on when to proceed. Prosecuting attorneys are chomping at the bit to herd in the hundreds of witnesses they claim to have rounded up.

If this short trial is any indication of the chaos to follow, Jerusalem is going to have a rough wall to kiss. This one involved placing snipers on rooftops for the arrival of Netanyahu and his co-defendants, Shaul and Iris Elovitch, and Arnon Mozes.

The crowd of protestors would have conceivably been much larger had Netanyahu not urged his supporters to stay home due to coronavirus fears. Of the ones who paid no attention, some were singing their leaders praises, but the majority were doing everything but that. They want him exiled.

The typically outspoken prime minister didn’t have much to say during the trial except for, “I confirm the response filed by my lawyers.”

If you want to feel a little better about what’s going on here in our own country, and you need a little break from the same-o same-o political hub-bub, keep an eye on Israel and grab some popcorn. No one has been privy to seeing the end of this yet.