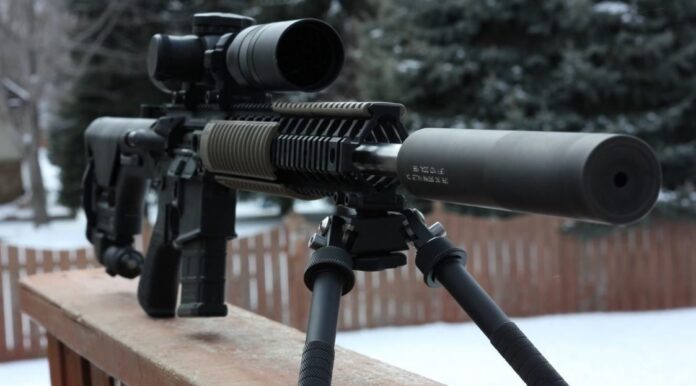 It was already a boom year for firearm sales.

2020 was one of the best years on record for firearm sales, beating even the high watermark of Barack Obama’s gun-banning presidency during his second term.

The first month in the new year was no different with gun sales skyrocketing in January.

Is it a coincidence that firearm sales are booming and the Democrats are taking office?

Americans are getting re-educated on their Second Amendment rights.

Many Americans believe that the right to keep and bear arms is inviolably enshrined in the U.S. Constitution.

In countries around the world, the lesson is clear as the first move of every totalitarian dictatorship is to strip its citizens of firearms and nationalize the media.

The media is already communist. All that’s left of American freedom rests on the barrel of a gun.

America’s freedom is always just a seized rifle away from tyranny.

Many Americans don’t buy firearms as an expression of our country’s broad-based freedoms but as a safety measure.

A firearm is a tool for personal safety that can ensure the safety of your family, business, and home. The need for safety is increasingly clear to ALL AMERICANS who have experienced the summer race riots and the assault on the U.S. Capitol building.

Women, in particular, are not shying away from purchasing firearms. Women are leading industry growth in firearms sales. Many women choose to buy handguns, which are easy to carry – whether on their person, in a bag, or in a secure, accessible location.

Today, when the upsidedown Radical Left attacks the Second Amendment in America, they are attacking the majority of Americans who support firearm ownership.

Isn’t it funny how Democrats like U.S. House Speaker Nancy Pelosi and new Senate Majority Leader Chuck Schumer want to ban guns and tear down walls when their entire lives are protected by guns and walls?

Guns and walls are what allow Nancy Pelosi to eat her designer ice cream without getting shot at, kidnapped, or catching an errant hypodermic needle from San Francisco’s exploding population of crazed criminals and drug addict zombies.

How much does the U.S. love firearms? Putting the world-bestriding U.S. military aside, U.S. civilians alone have 393 million total firearms. This amounts to 120.5 firearms per 100 residents in the United States. The U.S. owns half of all civilian-held firearms in the world.

The Federal Bureau of Investigation (FBI) ran more than 4.3 million firearm background checks in January 2021. This is the highest total number of checks recorded during a single month in FBI history.

Gun industry experts state that the staggering figure represents a “growing” demand for firearms from the American public. The demand is explosive.

Gun background checks are correlated with gun sales – but are not equal to gun sales.

For example, when a U.S. citizen buys multiple firearms during a single purchase and there is only one background check conducted.

In fact, it is the Democrat Party’s policies that are making the U.S. less safe which is necessitating that more and more everyday Americans buy guns to keep their families and homes safe.

The Radical Left may try to attack and suppress the First Amendment as they angle to turn America into a socialist nation, but the Second Amendment will always stand guard as the last line of defense for life, liberty, and property.

Now get off my yard.