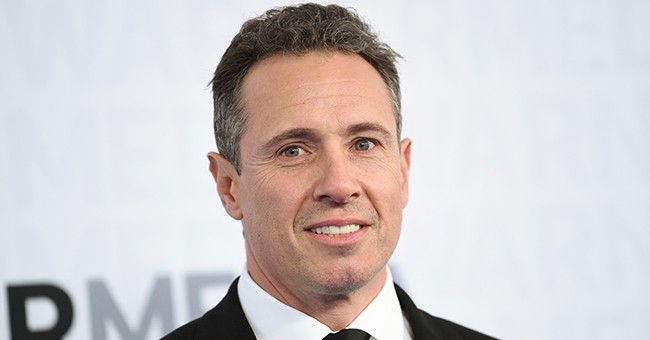 Imagine a world where the Cuomo brothers are Republicans. Imagine also that Chris Cuomo is an anchor on Fox News. Let everything from yesterday remain the same except those two facts.

Brian Stelter and Oliver Darcy, CNN’s media reporters, would be all over it. MSNBC would be airing regular segments calling for Fox News to fire the younger Cuomo. There would be nonstop calls for advertiser boycotts. Everything about this situation is as you would expect it to be.

But, alas, the lesser Cuomo is an anchor at CNN. He and his brother are Democrats. The media is not calling out CNN in the way they would Fox News, because CNN plays for the same team as they do.

To give many outlets’ credit, despite a rocky start yesterday most reporting on the New York AG report has turned pretty negative toward Andrew Cuomo. The scandal-plagued Governor of New York is the subject of the report, and it is pretty damning. He stands credibly accused of sexual harassment of multiple current or former staffers, as well as a state trooper on his protection detail, and the media actually appears to be letting him have it rather than cover for him (as they did months ago when the accusations started coming out).

The problem is that they are largely ignoring the elephant in the room: Chris Cuomo, the host of a prime time show on CNN, has admitted to advising his brother in a PR manner as the accusations were pouring in. The AG report confirms this, and it’s clear now Chris’ best-case scenario is that his brother kept him in the dark about how bad some of it was. The worst-case scenario (and, given the ego he’s displayed, the more likely one) is that he knew and helped his brother try to move beyond it or cover some of it up.

The Cuomo brothers are men of privilege. Their father was a popular governor, they grew up in that dynastic type of setting, and they have had access to attention and power for years. When you have that level of privilege and access, you tend to think yourself above the rules and able to get away with much more than the commoners who look up to you.

And it’s clear that the media did look up to the elder Cuomo. He was the subject of fawning coverage during the height of the COVID-19 pandemic, cast as the golden child compared to Donald Trump and a handful of Republican governors. He got a book deal and an Emmy. He was the talk of the town, and everyone loved him.

So it shouldn’t surprise us that people in the media were surprised at the scandals detailed in the report.

They were so in love with the guy that they didn’t expect it to be this bad. Anyone who viewed the accusations (coupled with the absolute arrogance and disregard for the lives lost due to his policies) with anything remotely close to objectivity knew it was going to be bad. But they did not.

But, just like they were surprised and shocked about the accusations, they are equally silent about the younger brother’s behavior. As it stands now, Chris Cuomo still has a job. He opened last night’s show completely ignoring the biggest news item of the day, instead attacking Republican Governor Ron DeSantis of Florida. He will not say anything about his brother – he said as much when the accusations first started coming in – and he will not answer any questions on it.

While CNN took a decidedly pointed and biased approach toward the last President, they still like to believe themselves true journalists, objective in all the ways that matter. As a company, CNN should have been immediate in its reaction to the report, especially the confirmation of Chris’ role in advising his brother, and suspended him pending review. That is the very least they could have done in response, and it would be warranted. Chris Cuomo played the lovable younger brother needling his older brother on the air and made a mockery of not just his show, but the network’s mission to hold the powerful accountable and to report on the news.

That he went beyond the on-air antics and actually helped advise his brother on how to get through the scandal is worse. There are pages of documented evidence. There is a ton of eyewitness testimony. There was a point in recent American history when Chris Cuomo cared about believing what women say, especially when it points to a pattern of behavior.

But that isn’t the case here. Chris does not believe the accusations here, despite there being more evidence, more eyewitnesses, and more corroboration than anything he is referring to here. It is one thing to have your brothers’ back. It is another to help him survive a major sexual harassment scandal by giving him PR guidance, and using your own platform at a major media outlet to help rehab his image.

CNN has done nothing and, in all likelihood will do nothing (of major impact, anyway) to punish Cuomo for how he has used the network and his position there. They will let it all pass, and that is another stain on their legacy. The media reporters, Stelter and Darcy, will say nothing. The other anchors will be quiet. The reporters will ignore that part of the story. The network will let it slide.

Meanwhile, the American people lose that much more faith in the institution of journalism.