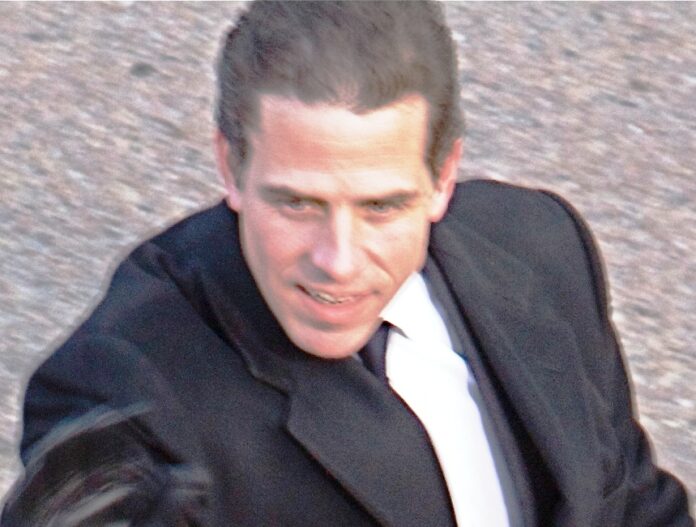 The Biden crime syndicate, er, we mean White House, has decided to put their foot down when it comes to the endless grifting. You know things are bad when statements have to be issued about family members trying to cash in on the presidency. This isn’t something that should ever need to be said but here we are.

Everyone knew that this announcement would not last. Within a few days, Hunter Biden was back to his usual ways. We have recently found out about his latest hustle. The son of the president has somehow managed to wrangle a $2 million book deal. The advance has already been paid and this must be a nice chunk of change for him.

The Daily Mail has more about the memoir and it is every bit as lurid as you would expect. It reads like something out of a bad movie that you’d find on Netflix or Amazon Prize. Unfortunately, these are things that simply cannot be made up. Hunter is every bit as ridiculous as the stories have led you to believe. “Drugs, prostitutes, shady dealings, a quickie marriage — President Joe Biden’s son Hunter is too easily depicted as sleaze in human form.

Who else would have left his wife and jumped into bed with his recently departed brother’s widow only for her to end the affair when he got a stripper pregnant?

Is it only Hunter who could have received two special waivers to join the military and be commissioned at a special ceremony in the White House, but then blow his chance on his very first day when a blood test came back positive for cocaine?

Who but Hunter who could receive a diamond from a would-be Chinese business partner whose existence would come to light in divorce papers?Now the president’s son is getting to tell his side of his unsavory life — warts and all — in a book that could embarrass his father even further, less than three months into his term in the Oval Office.

Beautiful Things — the as yet unexplained title of Biden’s tome — promises to center on his well-publicized struggles with substance abuse according to Gallery Books, an imprint of publishers Simon & Schuster,” reads the Daily Mail report. Poor Sleepy Joe cannot catch a break these days. His son is seemingly determined to embarrass him at every turn.

Simon & Schuster is also bound to receive some flak for their willingness to publish this book. This is the same company that did not want to have anything to do with Josh Hawley. If they are not going to associate with a Republican because they do not agree with his beliefs, it seems pretty hypocritical to enter into a partnership with Hunter Biden.

Biden is as filthy as they come and his father is not much better. He’s just gotten more accustomed to hiding all of his unsavory connections. Hunter does not care who knows about them. Democrats get to play by a completely different set of rules. No one seems to mind when they are caught with their pants down, literally and figuratively.

The Trump administration tried to bring all of his bad behavior to the attention of the public during the presidential race. They were more concerned about whether the new president would be willing to hand out stimulus checks. This is what happens when money is more important than morality. The Democrats have instilled this mindset in the American people and this is what we have to show for it.

Josh Hawley is no longer allowed to tell his story and has been branded a white supremacist. This is a scarlet letter that he will have to wear for some time. Meanwhile, the crack smoking coke addict who hangs out with hookers and Chinese nationals is good to go. These are just the facts and we are presenting them as such. Let’s see what Sleepy Joe has to say about this one.