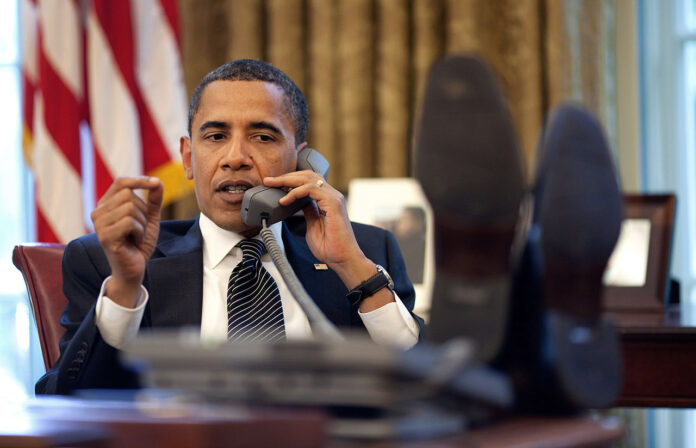 COVID-19 may have come out of Wuhan, China, but there are other parts of the world that were aware of what was going on in those labs. As early as 2015, researchers were playing around in what would become the coronavirus.

French intelligence officials provided a warning to the U.S. State Department that China was not collaborating as they had agreed upon at the Wuhan Institute of Virology.

It was known several years ago that France was responsible for designing the lab and providing much of the technology and biosafety training to the institute. However, problems arose once China stopped its collaborative measures.

The U.S. federal government has been helping to fund research at the Wuhan Institute of Virology for years. However, the moment they found out that China had reduced its cooperation with the French when it came to building and operating the lab, funding should have stopped.

What if former President Obama had actually taken the information from France to heart? What if funding had stopped?

It is entirely possible that the Obama administration could have put an end to the Institute that resulted in creating COVID-19.

French intelligence officials warned the U.S. It meant that China wanted to do its own thing. And without any kind of oversight, the world wouldn’t know what was going on in the lab.

The U.S. ignored those warnings. By 2017, the French were kicked out of the lab. Cooperation came to a screeching halt.

Again, the French officials warned the U.S., particularly about the grave concerns they had about the Chinese and their motivations within the lab.

It wasn’t a shock, then, when the Trump administration made allegations that the Wuhan lab was engaging in classified research on behalf of the Chinese military – and that it had been going on since at least 2017. Realistically, though, it was likely happening in 2015, too, which is why the French were being cut out of so many of the operations.

There’s a reason that China has been so secretive. It wasn’t that long ago that they blocked the World Health Organization from not only inspecting the lab any further than they already have but also from accessing important records.

What’s worse is that we knew what was going on. Well, at least the Obama administration did. He knew. The State Department knew, and instead of shutting it all down, they continued the funding. Essentially, Obama and his administration are responsible for funding the lab that created COVID-19.

The Wuhan Institute of Virology got its start in 2004. It was a joint project between France and China, though the U.S. began a sub-agreement with the institute in 2009. Over the past decade, over $1 million in funding has been sent to the institute.

Now, the Wuhan Institute of Virology is the epicenter of COVID-19 origins – or at least that’s the speculation. Did the virus spread because of a lab accident? Possibly – or China is being a lot more nefarious than we could ever anticipate. Either way, the lab accident likely wouldn’t have happened if France was still involved.

Meanwhile, they may not have ever created such a deadly virus if the U.S. wasn’t providing such spectacular funding.

The Democrats knew of the dangers and they said nothing. Even in 2009, the U.S. State Department, headed by Hillary Clinton as Secretary of State, expressed concerns about the lab in Wuhan, particularly in regard to how China was vetting incoming foreign researchers.

Concerns popped up from everywhere and, still, China was given the green flag to proceed. So many Dems want to make Trump out to be the bad guy for COVID, yet it was Obama who could have prevented it all from ever happening.